Settlement and Social Organization The Merovingian Region of Metz

Settlement and Social Organization The Merovingian Region of Metz

Halsall, Guy
Heftet / 2002 / Engelsk
This book examines one region of north-eastern Gaul around Metz in the period between the end of the Roman Empire and the accession of Charlemagne. It adopts a new, multi-disciplinary approach using all available evidence, both documentary and archaeological. It deals with a broad range of historical themes, and, by looking at the reasons behind the creation of different forms of evidence, it examines how the different facets of social organisation (ethnicity, gender, age and social hierarchy) were related intimately to each other and to contemporary settlement patterns of the region. As a result, it is argued that the Merovingian period was not one of slow 'transformation' from 'Roman' to 'medieval' but was one of constant, dynamic social change and diversity even between the recognised periods of dramatic upheaval.
Les mer
This book is a regional study of what is now northern Lorraine during the period between the end of the Roman Empire and the accession of Charlemagne. Integrating historical and archaeological evidence, it argues that early medieval society was not stagnant but diverse and subject to constant change.
Les mer
1. Introduction; Part I. Social Organization: 2. Social organization: descriptive analysis of the documentary evidence; 3. Creating a model: cemeteries of the Merovingian civitas of Metz; 4. Testing the model: cemeteries outside the civitas of Metz; Part II. Settlement: 5. Rural settlement; 6. Intermediate settlement: Castra, vici, palaces and monasteries; 7. Urbanism in Metz; Part III. Conclusions: 8. Town and country, c. 450-c. 600; 9. The later Merovingian period; Bibliography; Index.
Les mer
"This is a beautifully produced book, written with great clarity and founded upon a broad and scrupulous familiarity with its sources....This book ought to generate detailed critiques of the evidence and stimulate new debate." Bailey K. Young, American Jourbal of Archaeology"Settlement and Social Organization^i will be used by Mervingian historians and others for a long time to come." Steven Muhlberger, Speculum"This is an informative and important book. It is one of the few comprehensive discussions of the textual and archaeological evidence from early medieval Europe, and one of the very few in English. The book should be required reading for archaeologists and historians of the early Middle Ages, and will be useful for all historical archaeologists. For any archaeologist grappling with problems of social organization, this synthesis of a well developed context of text-aided archaeology will be very instructive. Halsall has done an excellent job with a complex interdisciplinary topic." Peter S. Wells, Journal of Field Archaeology
Les mer
An historical and archaeological examination of social organisation in the Merovingian region of Metz.
Nettpris:
447,-
Levering 3-20 dager 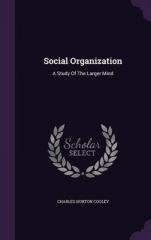 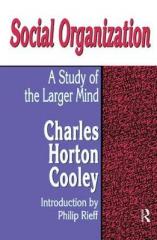 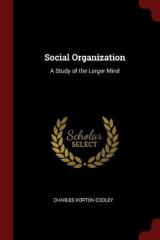