Robbe-Grillet, Alain
Heftet / 2018 / Engelsk
One of Robbe-Grillet's most important works and winner of the 1955 Prix des Critiques, The Voyeur tells the gripping story of a thirteen-year-old girl who is found drowned and mutilated. Suspicion surrounds Mathias, a reclusive traveling salesman, and as the circumstances are eerily recreated through the eyes of the suspected killer, the reader is drawn into a haunting mystery. Writing with eerie precision but nonetheless flouting the established rules of fiction, Robbe-Grillet puts us at the scene of the crime and takes us inside the mind of an unreliable narrator penned by an unreliable author.
Les mer
Newly reissued with an eye-catching cover by Peter Mendelsund, one of legendary avant-garde writer Alain Robbe-Grillet's most important works
Praise for Alain Robbe-Grillet: "Robbe-Grillet's theories constitute the most ambitious aesthetic program since Surrealism."--John Updike "Robbe-Grillet is important because he has attacked the last bastion of the traditional art of writing: the organization of literary space"--Roland Barthes "Alain Robbe-Grillet is the forerunner of a revolution more radical than Romanticism and Naturalism were in their time."--Claude Mauriac "Robbe-Grillet was a master at conveying human misunderstanding."--Bernard-Henri Levy "I doubt that fiction as art can any longer be seriously discussed without Robbe-Grillet."--New York Times "The suspense, built up by skillful near-repetition, keeps us on tenterhooks."--Justin O'Brien, New York Times Book Review, on The Voyeur "I can think of no other writer who can render the banal so fearfully fantastic. In the subtlest, slyest, and most sheerly delightful way her persuades us to look anew at the commonplace."--Jonathan Meades, Books and Bookmen, on The Voyeur
Les mer
Alain Robbe-Grillet (1922-2008) was a prominent postwar avant-garde novelist and filmmaker. He was a founder of the nouveau roman literary movement, along with Nathalie Sarraute, Michel Butor, and Claude Simon. He is the author of The Erasers, The Voyeur, Jealousy, In the Labyrinth, Recollections of the Golden Triangle, and La Maison de Rendez-Vous.
Les mer
Nettpris:
222,-
Midlertidig tomt hos leverandør 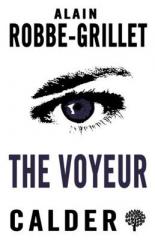 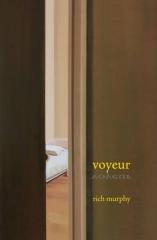