Building and Dwelling Ethics for the City

Building and Dwelling Ethics for the City

Sennett, Richard
Innbundet / 2018 / Engelsk
In Building and Dwelling, Richard Sennett distils a lifetime's thinking and practical experience to explore the relationship between the good built environment and the good life. He argues for, and describes in rich detail, the idea of an open city, one in which people learn to manage complexity. He shows how the design of cities can enrich or diminish the everyday experience of those who dwell in them.The book ranges widely - from London, Paris and Barcelona to Shanghai, Mumbai and Medellin in Colombia - and draws on classic thinkers such as Tocqueville, Heidegger, Max Weber, and Walter Benjamin. It also draws on Sennett's many decades as a practical planner himself, testing what works, what doesn't, and why. He shows what works ethically is often the most practical solution for cities' problems.This is a humane and thrilling book, which allows us to think freshly about how we live in cities. The experience and wisdom of the author are visible on every page. His voice is distinctive and engaging. It should attract anyone interested in the physical circumstances of civilization.
Les mer
Constantly stimulating ... a lateish-life appraisal of what Richard Sennett has read, written and, most vitally, witnessed on the street or in the marketplace in the tradition of the sharp-eyed, sharp-nosed flaneur taking in every sensation -- Jonathan Meades * Guardian *Sennett leavens the big ideas with snapshots of real life. ... It reads like a summation of a life lived in cities and is, ultimately, a paean to their unpredictability, a call for tolerance and a celebration of difference -- Edwin Heathcote * Financial Times *He has brought to the study of urban life a perception that includes literature, philosophy, art, sociology and economics, as well as his personal experiences -- Rowan Moore * Observer *Distils into a single volume his thoughts on how urban design shapes the ways in which we relate to one another ... Sennett is as passionate as ever about the richness and complexity of public life ... The nub of Building and Dwelling is that the open city is a demanding place ... one that requires us to embrace difference, even if we do not identify with it. Typically idealistic, typically urbane [it is] well-timed for the disputes of our day -- Justin McGuirk * New Yorker *Richard Sennett is a thoughtful writer with far-ranging interests and a keen eye for hidden patterns and complex processes that may escape the casual observer. He has always been a pleasure to read. His first book, The Uses of Disorder, published almost 50 years ago (1970), was a reflection on the value of anti-authoritarian or anti-hierarchical "anarchy" in city life, and his new book, his 15th, is a more elaborate, and more sophisticated, take on his original insights. -- Shlomo Angel * Wall Street Journal *No one knows more than he about cities and the efforts that have been made over the past two centuries to order and plan them to make them more liveable for their inhabitants. It is this eternally problematic relationship between the city's form - buildings, streets, highways, transport networks - and the quality of collective life it can offer its citizens, that has been at the heart of his life-long project as an urbanist and practising planner. -- Jerry White * Times Literary Supplement *Brilliant ... Essential reading for all students of the city -- Anna Minton * Prospect *Richard Sennett is my kind of urbanist ... he embodies Ruskin's belief that "of thousands who can think, there is one who can see" -- Simon Jenkins * Sunday Times *As they glide between urban planning and workplace sociology, architectural history and pragmatist philosophy, Sennett's graceful and congenial books dispense wisdom without hubris on an enviable range of topics -- Boyd Tonkin * Tablet *Offers the sort of intellectual provocation that can make inquisitive planners question just about everything they do and everything they think about cities -- Josh Stephens * Los Angeles Review of Books *
Les mer
Building and Dwelling summarises a lifetime's thought about what makes cities work - or not - to the benefit of their communities.
Richard Sennett's previous books include The Fall of Public Man, Flesh and Stone and Respect, as well as two previous volumes in his Homo Faber trilogy, The Craftsman and Together. For decades he has advised urban programmes for the United Nations, and has also worked as a planner for poor communities; he now teaches urban studies at the London School of Economics and at Harvard University. He has been awarded the Hegel and Spinoza prizes, as well as an honorary doctorate by Cambridge University. His private passions are playing the cello, fairly well, and cooking, fairly badly.
Les mer
Nettpris:
329,-
Ikke i salg 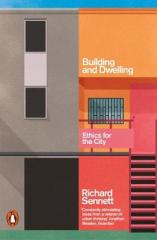 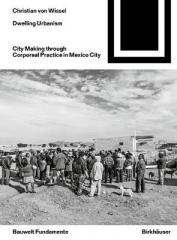 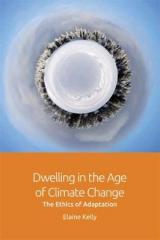