THE CHILD'S CONCEPTION OF Physical CAUSALITY

THE CHILD'S CONCEPTION OF Physical CAUSALITY

Piaget, Jean
Digital bok / 2018 / Engelsk
Our encounters with the physical world are filled with miraculous puzzles-wind appears from somewhere, heavy objects (like oil tankers) float on oceans, yet smaller objects go to the bottom of our water-filled buckets. As adults, instead of confronting a whole world, we are reduced to driving from one parking garage to another. The Child's Conception of Physical Causality, part of the very beginning of the ground-breaking work of the Swiss naturalist Jean Piaget, is filled with creative experimental ideas for probing the most sophisticated ways of thinking in children. The strength of Piaget's research is evident in this collection of empirical data, systematically organized by tasks that illuminate how things work. Piaget's data are remarkably rich. In his new introduction, Jaan Valsiner observes that Piaget had no grand theoretical aims, yet the book's simple power cannot be ignored. Piaget's great contribution to developmental psychology was his "clinical method"-a tactic that integrated relevant aspects of naturalistic experiment, interview, and observation. Through this systematic inquiry, we gain insight into children's thinking. Reading Piaget will encourage the contemporary reader to think about the unity of psychological phenomena and their theoretical underpinnings. His wealth of creative experimental ideas probes into the most sophisticated ways of thinking in children. Technologies change, yet the creative curiosity of children remains basically unhindered by the consumer society. Piaget's data preserve the reality of the original phenomena. As such, this work will provide a wealth of information for developmental psychologists and those involved in the field of experimental science. Jean Piaget (1896-1980) is known for investigations of thought processes. He was professor at Geneva University (1929-1954) and director of the International Center for Epistemology (1955-1980). He is the author of The Language and Thought of the Child, Judgment and Reasoning in the Child, The Origin of Intelligence in Children, and The Early Growth of Logic in the Child. Jaan Valsiner is professor of psychology at Clark University, and a recognized authority on the life and work of Piaget.
Les mer
Nettpris:
176,- 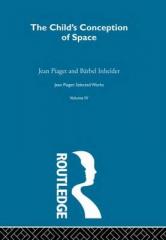 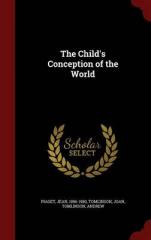