Consuming Religion Christian Faith and Practice in a Consumer Culture

Consuming Religion Christian Faith and Practice in a Consumer Culture

Miller, Vincent J.
Heftet / 2005 / Engelsk
Contemporary theology, argues Miller, is silent on what is unquestionably one of the most important cultural issues it faces: consumerism or "consumer culture." While there is no shortage of expressions of concern about the corrosive effects of consumerism from the standpoint of economic justice or environmental ethics, there is a surprising paucity of theoretically sophisticated works on the topic, for consumerism, argues Miller, is not just about behavioral "excesses"; rather, it is a pervasive worldview that affects our construction as persons-what motivates us, how we relate to others, to culture, and to religion. Consuming Religion surveys almost a century of scholarly literature on consumerism and the commodification of culture and charts the ways in which religious belief and practice have been transformed by the dominant consumer culture of the West. It demonstrates the significance of this seismic cultural shift for theological method, doctrine, belief, community, and theological anthropology. Like more popular texts, the book takes a critical stand against the deleterious effects of consumerism. However, its analytical complexity provides the basis for developing more sophisticated tactics for addressing these problems.
Les mer
Miller charts the ways in which religious belief and practice have been transformed by the dominant consumer culture of the West. The range of reference is enormous, from hip-hop and "The Lion King" to modern contemporary theological movements.
Les mer
"In his most remarkable book, Consuming Religion, The North-American theologian Vincent Miller addresses the effects of the commodification of society and the habits of consumer culture on religion in contemporary society. Very convincingly Miller argues that for Christians and their churches, consumer culture is not something out there, but qualifies from the very start their individual and communal identities. As far as Europe is concerned, it would seem that, because of the many other challenges European theology faces today (such as the resurgence of religion in society and new religious movements, the multicultural society and religious pluralism, etc.), a theological engagement of consumer culture hardly appears on its agenda. However, the provocation of consumer culture should not be lost sight of. It is indeed worthwhile to inquire whether Miller's thoughts offer an adequate analysis of the situation of religion and Christianity in Europe, and, consequently, whether the remedy he proposes, will be effective in bringing Christian faith into practice in our European societies, cultures and Christian faith are addressed from a variety of perspectives, in dialogue with Miller's groundbreaking analysis. Apart from Miller, introducing his positions to a European audience, seven European theologians and philosophers take part in this dialogue: Edmund Arens (Luzern), Lieven Boeve (Leuven), Eamonn Conway (Limerick), Paul Cortois (Leuven), Yves De Maeseneer (leuven), Walter Lesch (Louvain-la-Neuve), and Peter Scott (Manchester)."--Sanford Lakoff
Les mer
Vincent J. Miller is Gudorf Chair in Catholic Theology and Culture at the University of Dayton, USA. His work has appeared in Horizons, U.S. Catholic Historian, and Bibliotheca Ephemeridum Theologicarum Lovaniensium. In 1996 he received the Outstanding Graduate Student Essay Award of the College Theology Society.
Les mer
Nettpris:
458,-
Levering 3-20 dager 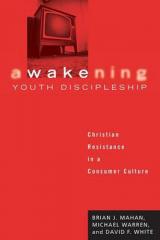 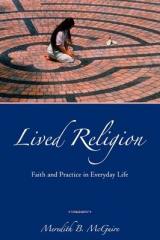 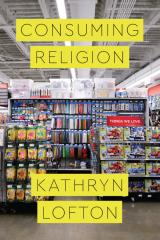 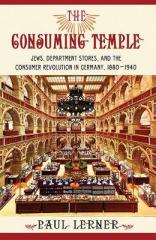