Evolutionary Robotics The Biology, Intelligence, and Technology of Self-Organizing Machines

Evolutionary Robotics The Biology, Intelligence, and Technology of Self-Organizing Machines

Nolfi, Stefano Floreano, Dario
Heftet / 2004 / Engelsk
Evolutionary robotics is a new technique for the automatic creation of autonomous robots. Inspired by the Darwinian principle of selective reproduction of the fittest, it views robots as autonomous artificial organisms that develop their own skills in close interaction with the environment and without human intervention. Drawing heavily on biology and ethology, it uses the tools of neural networks, genetic algorithms, dynamic systems, and biomorphic engineering. The resulting robots share with simple biological systems the characteristics of robustness, simplicity, small size, flexibility, and modularity.In evolutionary robotics, an initial population of artificial chromosomes, each encoding the control system of a robot, is randomly created and put into the environment. Each robot is then free to act (move, look around, manipulate) according to its genetically specified controller while its performance on various tasks is automatically evaluated. The fittest robots then "reproduce" by swapping parts of their genetic material with small random mutations. The process is repeated until the "birth" of a robot that satisfies the performance criteria.This book describes the basic concepts and methodologies of evolutionary robotics and the results achieved so far. An important feature is the clear presentation of a set of empirical experiments of increasing complexity. Software with a graphic interface, freely available on a Web page, will allow the reader to replicate and vary (in simulation and on real robots) most of the experiments.
Les mer
An overview of the basic concepts and methodologies of evolutionary robotics, which views robots as autonomous artificial organisms that develop their own skills in close interaction with the environment and without human intervention.
Les mer
"Highly recommended for all involved in the field of evolutionary robotics. It will be an important reference for experimental and theoretical studies in evolutionary robotics for quite some time." - Horatiu Voicu, AI Magazine; "An informative and inspiring book that provides a thorough examination of the subject." - Industrial Robot: An International Journal"
Les mer
This is an exciting new area that has implications and ramifications ranging from psychology to artificial life; can we create robots with intelligent or adaptive behavior using techniques comparable to the Darwinian evolution that created the animals and ourselves? Here is an authoritative, clearly written survey written by two of the researchers who helped to pioneer the field. -- Inman Harvey, Centre for Computational Neuroscience and Robotics and Centre for the Study fo Evolution, University of Sussex An excellent book providing a thorough coverage of the subject. Clearly and insightfully written, this is a must for researchers and postgraduate students interested in new approaches to intelligent robotics. -- Phil Husbands, School of Cognitive and Computing Sciences, University of Sussex
Les mer
Stefano Nolfi is research director at the Institute of Cognitive Science and Tecnology and head of the Laboratory of Artificial Life and Robotics. He coordinated the European project ECAgents (Embodied and Communicating Agents) and is team leader of the European Projects I-TALK (Transfer of Action and Language Knowledge in Robots) and Swarmanoid (Towards Humanoid Robotic Swarms Humanoids). Dario Floreano is Director of the Laboratory of Intelligent Systems at the Swiss Federal Institute of Technology in Lausanne (EPFL). He is the coauthor of Evolutionary Robotics: The Biology, Intelligence, and Technology of Self-Organizing Machines (MIT Press, 2000).
Les mer
Nettpris:
616,-
Levering 3-20 dager 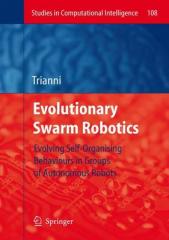 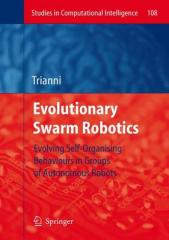 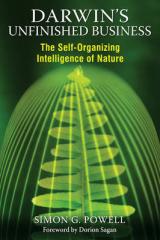 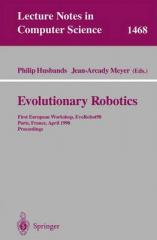