Hoffman, Christhard Bergmann, Werner Smith, Helmut Walser
Heftet / 2002 / Engelsk
Whereas a large body of scholarly literature exists on German antisemitism in general, pre-Nazi histories of violence against Jews in the nineteenth and twentieth centuries have been widely neglected. This coherent and well-focused collection of essays is the first comprehensive work in any language dealing with antisemitic pogroms in modern German history from the Hep Hep riots of 1819 to the Reichskristallnacht.In the Western mind, outbursts of collective violence against Jews have been largely identified with Tzarist Russia and the medieval crusade massacres. However, by narrating pogroms as archaic, historians have overlooked their significance to the development of modern antisemitism in Germany and Europe as well as the reasons for its continued presence in the contemporary world. The evidence presented in this volume suggests that acts of exclusionary violence were not dead-end streets of futile protest. Rather, they were rehearsals for new kinds of destruction.The integration of various perspectives and the close cooperation of scholars from different disciplines is a major achievement of this volume, which will be of interest to advanced undergraduates, graduate students, academics and the general reader in a variety of disciplines, including German studies, Jewish studies, Holocaust and genocide studies, ethnic relations, history, and the social sciences in general.Christhard Hoffmann is Associate Professor of Modern European History, University of Bergen, Norway. Werner Bergmann is Professor of Research on Antisemitism, Technical University, Berlin, Germany. Helmut W. Smith is Associate Professor of History, Vanderbilt University.
Les mer
A comprehensive examination of pre-Nazi violence against Jews in nineteenth- and twentieth-century Germany
Nettpris:
512,-
På lager, sendes nå 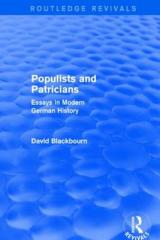 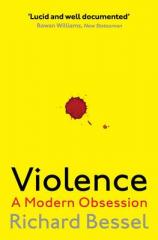