Faith and Beauty A Theological Aesthetic

Faith and Beauty A Theological Aesthetic

Farley, Edward
Heftet / 2001 / Engelsk
'Aesthetics' and 'theological aesthetics' usually imply a focus on questions about the arts and how faith or religion relates to the arts; only the final pages of this work take up that problem. The central theme of this book is that of beauty. Farley employs a new typology of western texts on beauty and a theological analysis of the image of God and redemption to counter the centuries-long tendency to ignore or marginalize beauty and the aesthetic as part of the life of faith. Studying the interpretation of beauty in ancient Greece, eighteenth-century England, the work of Jonathan Edwards, and nineteenth and twentieth-century philosophies of human self-transcendence, the author explores whether Christian existence, the life of faith, and the ethical exclude or require an aesthetic dimension in the sense of beauty. The work will be of particular interest to those interested in Christian theology, ethics, and religion and the arts.
Les mer
"Aesthetics" and "theological aesthetics" usually imply a focus on questions about the arts and how faith or religion relates to the arts. The focus of this text is instead on beauty. It explores whether Christian existence and the ethical exclude or require an aesthetic dimension in beauty.
Les mer
Contents: Preface. Beauty as the Beast: traditional and postmodern expressions: Beauty and the postmodern; Beauty as the beast in Christian traditions; Hebrew and Christian iconoclasms. Beauty as Being: The Irrepressible Character of Beauty: The 'great theory of beauty'; The Olympian cosmogonies; The Platonic tradition; The 'great theory' in the Middle Ages; The process transmutation of the great theory of beauty; beauty as being. Beauty as Sensibility: Precursors of the 18th-century turn; The new problematic of beauty in the 18th century; The psychological relocation of beauty; The problem of taste; The sublime; Legacies and ambiguities. Beauty as Benevolence: Primary and secondary beauty; Beauty as community; Beauty and God; The problem of objectivity; Beauty and self-transcendence. Beauty in Human Self-Transcendence: Human self-transcendence without beauty; Self-transcendence as passionate subjectivity; Self-transcendence as intentional meaning; Self-transcendence as radical responsibility; The aesthetic aspect of self-transcendence; Beauty as a transcendental condition of experience; Beyond self-preoccupation through beauty; The beauty of the graceful body; Summary. Paths to Beauty in 20th-Century Theology: Anti-aesthetic Protestant approaches to beauty; 20th-century Catholic theologies of beauty. The Beauty of Human Redemption: The image of God as self-transcendence; Formal and ethical self-transcendence; The image of God as potentiality and actuality; The imago dei as beautiful; The despoiled image; The beauty of redemptive remaking; Redemptive self-transcendence; Surmounting the dichotomy of the ethical and the aesthetic; Faith's aesthetic sensibilities. Beauty, Pathos and Joy: Beauty and pathos; Joy: beyond the dichotomy of rigorism and satisfaction; Faith without beauty; The arts in the life of faith. Synopsis: Aesthetics; Beauty; The western story of beauty; Theological aesthetics and redemptive transformation; Index.
Les mer
'The most important book I have read for years. Farley strikes the right chord in the way he goes behind the current discussion and lays a solid foundation for the kind of theological depth that has to be brought to the question of beauty. He makes the issue alive to the most recent scholarship' John Cook, President of the Henry Luce Foundation, USA 'In this eloquently written book, Edward Farley brings a gentle, carefully crafted clarity to these matters...With much dexterity, he exposes and challenges some of the dichotomies that have marred a proper appreciation of beauty, not least in the Church...The discussion is rich and full of wisdom, and a model of how to say a great deal with few words.' Theology ' ...Farley's focus on the transformative aspects of beauty allows him to innovatively harmonize a variety of divergent theoretical strands into a complex and satisfying theological asesthetic that is itself beautiful, in the Whiteheadian sense of being a real creative accomplishment of synthesis.' Journal of Religion 'Farley follows a course from ancient Greece, through the Middle Ages and the eighteenth century to the modern day. His aim is to establish a link between faith, understood as the experience of a redeemed life, and aesthetic experience... Farley's route...is to seek for beauty in the process of redemptive remaking, through the restoration of the divine image in human being marred by sin... it does...point to the potential fruitfulness of a renewed debate between Christian thinkers and contemporary artists.' Art and Christianity Enquiry Bulletin 'In grappling with Christian theology and with aesthetics, Farley has illuminated a valuable area of discussion.' Church Times 'In this magisterial study Farley attempts to situate the transcendental of beauty within the Christian experience of faith. Studying the conflictual relationship between Christianity and esthetic concerns, Farley develops a useful typology of the various identit
Les mer
Edward Farley,
Nettpris:
487,-
Levering 3-20 dager 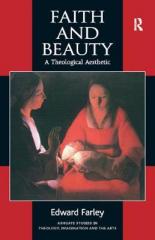 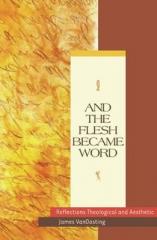 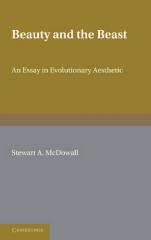 Beauty and the Beast An Essay in Evolutionary Aesthetic
McDowall, Stewart A.
Heftet / 2012 / Engelsk
382,- 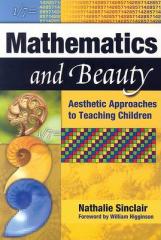