Griffiths, University Anthony J F Wessler, University Susan R Carroll, Dr Sean B Doebley, John Se alle
Innbundet / 2015 / Engelsk
Moving from the foundations of Mendelian genetics to the latest landmark experiments that define the field, Introduction to Genetic Analysis presents a variety of ways for you to learn and understand genetics.
Les mer
Preceded by Introduction to genetic analysis / Anthony J.F. Griffiths ... [et al.]. 10th ed. c2012.
Anthony Griffiths is a Professor of Botany, Emeritus, at the University of British Columbia. His research focuses on the developmental genetics of fungi, using the model fungus Neurospora crassa. He has served as President of the Genetics Society of Canada and Secretary-General of the International Genetics Federation.Susan R. Wessler is Distinguished Professor of Genetics in the Department of Botany and Plant Sciences at the University of California, Riverside. Her research focuses on plant transposable elements and their contribution to gene and genome evolution. Wessler was elected to the National Academy of Sciences in 1998. As a Howard Hughes Medical Institute Professor, she developed and teaches a series of Dynamic Genome Courses where undergraduates can experience the excitement of scientific discovery.Sean B. Carroll is an Investigator at the Howard Hughes Medical Institute and Professor of Molecular Biology and Genetics at the University of Wisconsin, Madison. Carroll is a leader in the field of evolutionary developmental biology and was elected to the National Academy of Sciences in 2007. He is also the author of Endless Forms Most Beautiful, The Making of the Fittest, and Remarkable Creatures (a finalist for the National Book Award, non-fiction, 2009).John Doebley is a Professor of Genetics at the University of Wisconsin-Madison. He studies the genetics of crop domestication, using the methods of population and quantitative genetics. He was elected to the National Academy of Sciences in 2003 and served as the President of the American Genetic Association in 2005. He teaches General Genetics at the University of Wisconsin."
Les mer
Nettpris:
977,-
Levering 3-20 dager 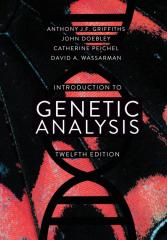 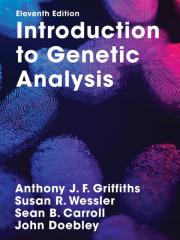 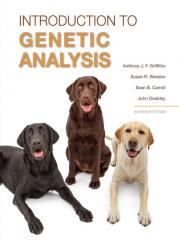