Brinkmann, Svend
Digital bok / 2018 / Engelsk
John Dewey was an American psychologist, philosopher, educator, social critic, and political activist. John Dewey: Science for a Changing World addresses Dewey's contemporary relevance; his life and intellectual trajectory; his basic philosophical ideas, with an emphasis on his philosophy of nature; and his educational theory, which has often been misunderstood. In addition, Dewey's pragmatism and pragmatist ethics are discussed, as are some of the criticisms that can be directed at them. Throughout the book, Dewey's ideas are related to the general history of ideas, but there is also a constant focus on how Dewey may assist us in solving some of the problems that face us in a so-called postmodern era. This book is the first to offer an interpretation of John Dewey's works with particular emphasis on his contribution to psychology. John Dewey distinguished himself by combining a culturalist approach to human life with a naturalistic one. He was an avowed naturalist and follower of Darwin, and Brinkmann shows how his non-reductionist, naturalist psychology can serve as a much-needed correction to contemporary forms of "evolutionary psychology." Dewey's psychology, however, is not an isolated element in his thinking as a whole, so the author also provides an introduction to the philosophical, ethical, and educational ideas that go hand-in-hand with his psychology. In the past couple of decades, there has been a renaissance of pragmatist ideas in philosophy, political theory, and education. Scholars are returning to the writings of William James, Charles Peirce, George Herbert Mead, and John Dewey. This book continues the fine tradition of Transaction's History and Theory of Psychology series.
Les mer
Nettpris:
148,- 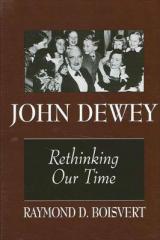 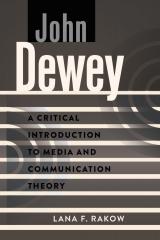