The Making of an Arab Nationalist

The Making of an Arab Nationalist

Cleveland, William L.
Digital bok / 2018 / Engelsk
A loyal servant of the Ottoman Empire in his early career, Sati' al-Husri (1880-1968) became one of Arab nationalism's most articulate and influential spokesmen. His shift from Ottomanism, based on religion and the multi-national empire, to Arabism, defined by secular loyalties and the concept of an Arab nation, is the theme of William Cleveland's account of "the making of an Arab nationalist." Originally published in 1972. The Princeton Legacy Library uses the latest print-on-demand technology to again make available previously out-of-print books from the distinguished backlist of Princeton University Press. These editions preserve the original texts of these important books while presenting them in durable paperback and hardcover editions. The goal of the Princeton Legacy Library is to vastly increase access to the rich scholarly heritage found in the thousands of books published by Princeton University Press since its founding in 1905.
Les mer
Nettpris:
339,- 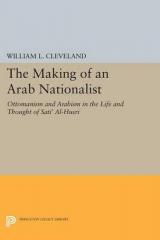 Making of an Arab Nationalist Ottomanism and Arabism in the Life and Thought of Sati' Al-Husri
Cleveland, William L.
Heftet / 2015 / Engelsk
414,- 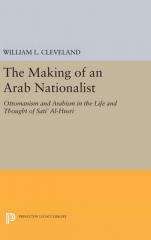 Making of an Arab Nationalist Ottomanism and Arabism in the Life and Thought of Sati' Al-Husri
Cleveland, William L.
Innbundet / 2016 / Engelsk
927,- 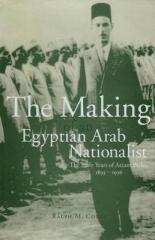 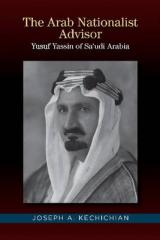