Editor, Oxford
Heftet / 2009 / Engelsk
What does democracy expect of its citizens, and how do the citizenry match these expectations? This Oxford Handbook examines the role of the citizen in contemporary politics, based on essays from the world's leading scholars of political behavior research. The recent expansion of democracy has both given new rights and created new responsibilities for the citizenry. These political changes are paralleled by tremendous advances in our empirical knowledge of citizens and their behaviors through the institutionalization of systematic, comparative study of contemporary publics-ranging from the advanced industrial democracies to the emerging democracies of Central and Eastern Europe, to new survey research on the developing world. These essays describe how citizens think about politics, how their values shape their behavior, the patterns of participation, the sources of vote choice, and how public opinion impacts on governing and public policy. This is the most comprehensive review of the cross-national literature of citizen behavior and the relationship between citizens and their governments. It will become the first point of reference for scholars and students interested in these key issues.
Les mer
This Oxford Handbook assembles the world's leading scholars on public opinion and political behavior to describe the state-of-the-art research on the beliefs, values and behaviors of contemporary publics. It will become the first point of reference for scholars and students interested in these key issues.
Les mer
PART I INTRODUCTION; PART II MASS BELIEF SYSTEMS AND COMMUNICATION; PART III MODERNIZATION AND SOCIAL CHANGE; PART IV POLITICAL VALUES; PART V NEW DEBATES IN POLITICAL BEHAVIOR; PART VI POLITICAL PARTICIPATION; PART VII DOES PUBLIC OPINION MATTER?; PART VIII THE METHODOLOGY OF COMPARATIVE POLITICAL BEHAVIOR RESEARCH
Les mer
Review from previous edition The Oxford Handbooks of Political Science are an ambitious academic enterprise of monumental scale and accomplishment. The Oxford Handbook of Political Behavior is an indispensable guide to the extraordinary accumulation of knowledge and array of ideas in recent decades about mass political behaviour in free democracies. It is authoritative, expert, up-to-date and comprehensive and it is organised and written with a clarity that will satisfy expert scholar and curious beginner alike. * Professor Ivor Crewe, Vice Chancellor, University of Essex *The Oxford Handbook of Political Behavior provides important coverage of one of the major areas of political science research. It brings together the leading authors in the field and it takes a very broad view of what is a complex and multi-dimensional subject matter. Students entering political science and scholars pursuing the subject will benefit from this volume. * Sidney Verba, Carl H. Pforzheimer University Professor, Harvard University *
Les mer
Nettpris:
383,-
Levering 3-20 dager 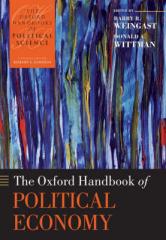 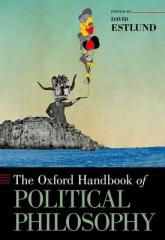 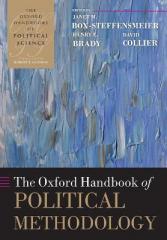 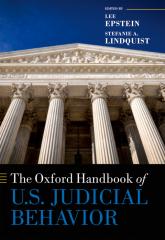