Freire, Paulo
Heftet / 2014 / Engelsk
With the publication of Pedagogy of the Oppressed, Paulo Freire established himself as one of the most important and radical educational thinkers of his time. In Pedagogy of Hope, Freire revisits the themes of his masterpiece, the real world contexts that inspired them and their impact in that very world. Freire's abiding concern for social justice and education in the developing world remains as timely and as inspiring as ever, and is shaped by both his rigorous intellect and his boundless compassion. Pedagogy of Hope is a testimonial to the inner vitality of generations denied prosperity and to the often-silent, generous strength of millions throughout the world who refuse to let hope be extinguished.
Les mer
Opening WordsPedagogy of HopeAfterwordNotes
Paulo Freire's Pedagogy of Hope, first published in 1992, was written "in rage and love", passionate in its denunciation of social wrongs and in its assertion of the power of education to release the truth. The book works at both inspirational and practical levels, Freire believing that hope must be secured in practice, in action. In his own life, Freire embodied this integration of love and need for securing social change. His thinking and commitment to the best in humanity informed his engagement in the world. Pedagogy of Hope illuminates Freire's earlier publications including Pedagogy of the Oppressed (1968) which with sales of over one million copies has had extraordinary impact throughout the world in its analysis of socially and personally transformative education. -- Lincoln Green * LeftCentral *
Les mer
Paulo Freire explores the development and impact of the ideas developed in his masterpiece, Pedagogy of the Oppressed.
Paulo Freire is the author of the bestselling Pedagogy of the Oppressed as well as Education for Critical Consciousness, Pedagogy in Process (The Letters to Guinea-Bissau), Learning to Question (with Antonio Faundez), and Pedagogy of the City.
Les mer
Nettpris:
288,-
Levering 3-20 dager 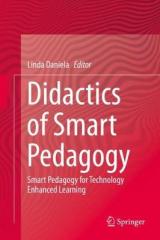 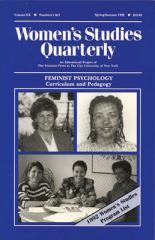