Thorsen, Thea S. Harrison, Stephen
Innbundet / 2019 / Engelsk
Sappho, a towering figure in Western culture, is an exemplary case in the history of classical receptions. There are three prominent reasons for this. Firstly, Sappho is associated with some of the earliest poetry in the classical tradition, which makes her reception history one of the longest we know of. Furthermore, Sappho's poetry promotes ideologically challenging concepts such as female authority and homoeroticism, which have prompted very conspicuous interpretative strategies to deal with issues of gender and sexuality, revealing the values of the societies that have received her works through time. Finally, Sappho's legacy has been very well explored from the perspective of reception studies: important investigations have been made into responses both to her as poet-figure and to her poetry from her earliest reception through to our own time. However, one of the few eras in Sappho's longstanding reception history that has not been systematically explored before this volume is the Roman period. The omission is a paradox. Receptions of Sappho can be traced in more than eighteen Roman poets, among them many of the most central authors in the history of Latin literature. Surely, few other Greek poets can rival the impact of Sappho at Rome. This important fact calls out for a systematic approach to Sappho's Roman reception, which is the aim of Roman Receptions of Sappho that focuses on the poetry of the central period of Roman literary history, from the time of Lucretius to that of Martial.
Les mer
Sappho is a towering figure in Western culture. This volume takes new steps in scholarship by focusing on Sappho's influence on Roman authors, and explores not only a critical phase in Sappho's reception history, namely that of ancient Rome, but also central Latin texts, which have had great influence on post-classical cultures, up until today.
Les mer
List of Abbreviations List of Contributors Notes on Texts and Translations Introduction: 'Ecce Sappho'Thea S. Thorsen: 1: Thea S. Thorsen: 'Sappho: Transparency and obstruction' 2: Richard Hunter: 'Notes on the ancient reception of Sappho' 3: Laurel Fulkerson: 'Lucretius and Sapphic Voluptas' 4: Thea S. Thorsen: 'As important as Callimachus? An essay on Sappho in Catullus and beyond' 5: Lars Morten Gram: 'Odi et amo: on Lesbia's name in Catullus' 6: Olivier Thevenaz: 'Sapphic echoes in Catullus 1-14' 7: Stephen Harrison: 'Shades of Sappho in Vergil' 8: Richard Hunter: 'Sappho and Latin poetry: the case of Horace' 9: Thea S. Thorsen: 'Sappho, Alcaeus and the literary timing of Horace' 10: S. J. Heyworth: 'Sappho in Propertius?' 11: Jennifer Ingleheart: 'Vates Lesbia: Images of Sappho in the poetry of Ovid' 12: Chiara Elisei: 'Sappho as pupil of the praeceptor amoris and Sappho as magistra amoris: Some lessons of the Ars amatoria anticipated in Heroides 15' 13: Thea S. Thorsen: 'The newest Sappho (2016) and Ovid's Heroides 15' 14: Gideon Nisbet: 'Sappho in Roman epigram' 15: Thea S. Thorsen and Robert Emil Berge: 'Receiving receptions received: A new collection of testimonia sapphica c. 600 BCE-1000 CE' Bibliography Index
Les mer
Following the important discoveries of new fragments of the poetry of Sappho,1 Thea Thorsen and Stephen Harrison have undertaken the publication of a volume devoted for the first time, and with no claim to being exhaustive, to the influence of Sappho on Roman authors from Lucretius to Martial. * Antonio Ramirez de Verger, University of Huelva, Bryn Mawr Classical Review *This is a thoroughly worthwhile book and a credit to the two editors. It will reinvigorate everyone with an interest in the first feminist poet. * Stuart Lyons, Classics for All *
Les mer
Thea S. Thorsen is Associate Professor of Classics at NTNU, Trondheim, Norway. She is the author of Ovid's Early Poetry (Cambridge University Press, 2014), contributing sole editor of Cambridge Companion to Latin Love Elegy (CUP, 2013), contributing co-editor of Dynamics of Ancient Prose (de Gruyter, 2018), and editor of Greek and Roman Games in the Computer Age (Akademika Publishing, 2012). She is the author of numerous articles on Greek and Roman literature in English and Norwegian and was the first to translate all of Ovid's love elegies - in verse - into Norwegian. Stephen Harrison is Professor of Latin Literature at the University of Oxford, Fellow and Tutor in Classics, Corpus Christi College, Oxford, and Adjunct Professor at the universities of Copenhagen and Trondheim. He has published extensively on Latin literature and its reception, including the following relevant volumes for OUP: A Commentary on Vergil, Aeneid 10 (1991), Generic Enrichment in Vergil and Horace (2007), Living Classics: Greece and Rome in Contemporary Poetry in English (OUP, 2009), (with Amanda Wrigley), Louis MacNeice: The Classical Radio Plays [jointly with Amanda Wrigley] (OUP, 2013), and (joint ed. with Lorna Hardwick) Classics in the Modern World: A 'Democratic Turn'? (OUP, 2013).
Les mer
Nettpris:
1.089,-
Levering 3-20 dager 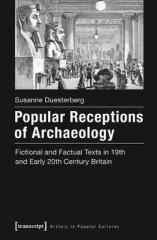 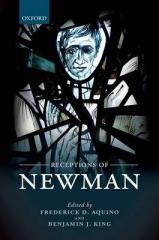 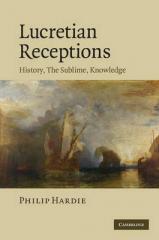 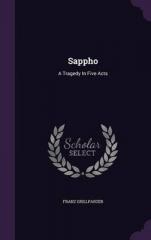