Lewis, Philip
Innbundet / 1996 / Engelsk
During the first half of the reign of Louis XIV, Charles Perrault enjoyed the status of a prominent public intellectual. A key player in the development of the arts, he has commonly been situated in French literary and cultural history as the spokesman for the Moderns in the Quarrel of the Ancients and Moderns, the seventeenth century's protracted aesthetic controversy. During the 1690s, after falling from political favour, Perrault took up the writing of fiction and achieved lasting fame as the author of the Mother Goose Tales. Seeing Through the Mother Goose Tales proposes a framework for relating these two distinct facets of his career. The author shows how the intellectual and conceptual compromises that the fairy tales rearticulate derive their force and coherence from the priority that Perrault's characters, faithful to the dominant values of the century, accord to visual representation.
Les mer
A study of the life and work of Charles Perrault, 17th-century intellectual and author of the "Mother Goose Tales" who enjoyed the status of a prominent public intellectual during the first half of the reign of Louis XIV but later fell from political favour.
Les mer
Introduction Part I. Turns of Mind: Perraldian Compromises: 1. The Cartesian turn: Perrault against Descartes 2. The sublime turn: Perrault against Boileau 3. The preteritional turn: Perrault against Racine Part II. Returns of Compromise: Perrault's Tales of Ogres: 4. Food for sight 5. The Ogre's Genesis 6. Bluebeard's secret Conclusion: the end in sight Appendix Notes Bibliography Index.
Les mer
"Lewis's reading of Perrault is informed by a deep knowledge of seventeenth-century French culture, ideology, and aesthetic theories as well as a particularly astute grasp of contemporary theoretical discourses. . . . We are finally given the extraordinarily complex workings of stories that for almost 300 years have been relegated to the domain of 'children's' literature."-Mitchell Greenberg, Miami University"A powerful new vision of 17th-century literary and intellectual history. . . . Lewis has very much changed the way we will teach these tales and French classicism in general."-John D. Lyons, University of Virginia
Les mer
Nettpris:
915,-
Levering 3-20 dager 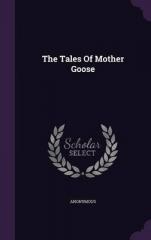 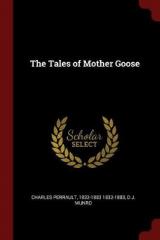