McFadyen, Cody
Heftet / 2006 / Engelsk
FBI agent Smoky Barrett is no stranger to the darker recesses of the human mind. But nothing could have prepared her for the day she had to watch her husband and daughter die at the hands of a serial killer. She bears the scars, mental and physical.Most people would run - from work, from life, from everything associated with the pain of a shattered existence. But Smoky doesn't know how to run - and when the job that has defined her life comes calling once again with the news that her best friend from high school has been brutally murdered, she finds herself back in the firing line, chasing a hidden killer who will stop at nothing to confront her.Face to face.
Les mer
SHADOW MAN grabs you by the throat and yanks you along for a hell of a scary ride. A spellbinding read from first page to last. - Faye Kellerman'This disturbing serial killer drama set in California marks a promising debut for McFadyen, who combines many conventions of the genre but with far more exquisite, intricate results than the norm. FBI agent Smoky Barrett, a haunted, complicated woman, leads a team of investigators assigned to a serial killer task force. Barrett, who escaped the clutches of a different serial killer a year earlier but lost her husband and daughter in the attack, is now tracking a madman known as "Jack Jr.," who believes he's a descendant of Jack the Ripper. He mauls women, mostly prostitutes with Web sites, then sends the videotapes of the killings to Barrett and her crew. The plot follows a typical arc, complete with some nauseating details and predictable twists. There's also a romance between Barrett and a bodyguard that seems tacked on for future installments. Yet McFadyen's writing is crisp and smart, and his scenes pack a visceral punch without being cheap or exploitative. Barrett, for her part, - Publishers WeeklyColdly, stunningly brilliant. Move over Thomas Harris, Mcfadyen has brought a new game to town. - Lisa GardnerSHADOW MAN is one of the most powerful and authentic portrayals of a serial killer and the people who hunt t
Les mer
A computer games designer, Cody Mcfadyen lives in California with his wife, who is a photographer, and their daughter.
Nettpris:
203,-
Levering 3-20 dager 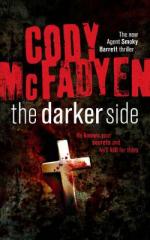 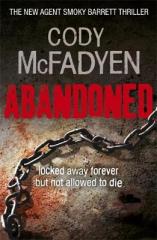 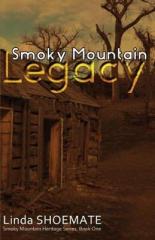 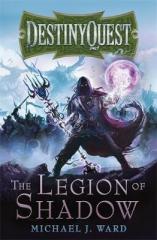