Favero, Carlo A.
Heftet / 2001 / Engelsk
This text provides graduate students of macroeconomics, econometrics, and monetary economics with discussion and practical illustrations of the techniques used in applied macroeconometrics. Until the 1970s, there was consensus regarding both the theoretical foundations and the empirical specification of applied macroeconometric modelling, commonly known as the Cowles Commission approach. This is no longer the case: the Cowles Commission approach broke down in the 1970s, to be replaced by a number of prominent competing methods-the LSE (London School of Economics) approach, the VAR approach, and the intertemporal optimization/Real Business Cycle approach. 'Applied Macroeconometrics' examines the empirical research strategy of these alternatives by interpreting them as attempts to solve the problems observed in the Cowles Commission approach. The different research strategies are illustrated with specific reference to real-world examples, particularly with respect to the monetary transmission mechanism. A common US dataset is used in these examples, thus allowing the reader easy comparisons. The presentation is based on the view that identification, a central concept in econometrics, provides a natural framework in which to discuss the alternative strategies currently dominating research. The first part of the book introduces time-series models and details the importance of their identification. The second part illustrates, chapter by chapter, the alternative approaches, providing detailed applications of each methodology. Data used in the applications are available in a variety of formats from the author's web site, and will be supplemented by exercises for the reader to perform.
Les mer
The objective of this book is the discussion and the practical illustration of three competing techniques used in applied macroeconometrics: the LSE approach, the VAR approach, and the intertemporal optimization/Real Business Cycle approach.
Les mer
Carlo A. Favero is Professor of Economics at Bocconi University in Milan, Resident Fellow of the Innocenzo Gasparini Institute for Economic Research, and Research Fellow of the Centre for Economic Policy Research.
Les mer
Nettpris:
691,-
Levering 3-20 dager 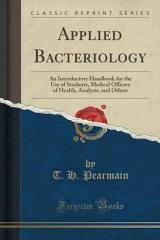 Applied Bacteriology An Introductory Handbook for the Use of Students, Medical Officers of Health, Analysts, and Others (Classic Reprint)
Pearmain, T H
Heftet / 2018 / Engelsk
216,- 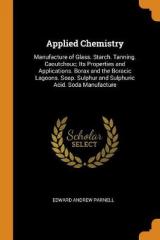