Rossi, Peter H.
Digital bok / 2018 / Engelsk
Armed and Considered Dangerous is a book about "bad guys" and their guns. But Wright and Rossi contend that for every suspected criminal who owns and abuses a firearm, a hundred or more average citizens own guns for sport, for recreation, for self-protection, and for other reasons generally regarded as appropriate or legitimate. Armed and Considered Dangerous is the most ambitious survey ever undertaken of criminal acquisition, possession, and use of guns. There are vast differences between the average gun owner and the average gun-abusing felon, but the analyses reported here do not suggest any obvious way to translate these differences into gun control policies. Most policy implications drawn from the book are negative in character: this will not work for this reason, that will not work for that reason, and so on. When experts are asked, "Okay, then what will work?" they usually fall back on the old warhorses of poverty, the drug problem, or the inadequate resources of the criminal justice system, and otherwise have little to say. This is not a failure of social science. It simply asks more of the data than the data were ever intended to provide. Several of Wright and Rossi's findings have become "coin of the realm" in the gun control debate, cited frequently by persons who have long since forgotten where the data came from or what their limitations are. Several other findings, including many that are important, have been largely ignored. Still other findings have been superseded by better and more recent data or rendered anachronistic by intervening events. With the inclusion of a new introduction detailing recent statistics and updated information this new edition of Armed and Considered Dangerous is a rich source of information for all interested in learning about weapon behavior and ownership in America.
Les mer
Nettpris:
154,- 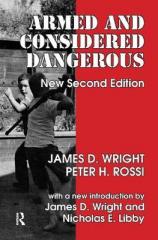 Armed and Considered Dangerous A Survey of Felons and Their Firearms
Wright, James D.
Innbundet / 2017 / Engelsk
1.337,- 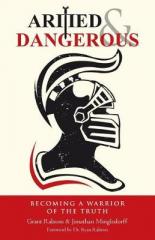 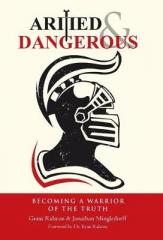