Giddens, Anthony Pierson, Christopher
Innbundet / 1998 / Engelsk
Anthony Giddens has been described as "the most important English social philosopher of our time." Over 25 years, with a dazzling series of books that attest to his unrelenting productivity, he has established himself as today's most widely read and widely cited social theorist. In recent years, his writings have become more explicitly political, and in 1996 he became Director of the London School of Economics and Political Science. It is in this position that he has been accepted as the key intellectual figure of Tony Blair's New Labour government. Giddens's interests have always been remarkably diverse, ranging from Continental philosophy to self-help therapy, and his work builds on a critical engagement with an extraordinary array of texts from within and beyond the canon of the social sciences. His ideas have profoundly influenced the writing and teaching of the central ideas of the rapidly changing study of modernity. These seven extended interviews with Christopher Pierson, conducted shortly after Giddens's arrival at the LSE, seek to cover the full range of his thought since the early 1970's, beginning with his engagement with the makers of "classical" sociology and concluding with his thoughts on the nature of world politics under what Giddens terms "reflexive modernity." The style of the interviews is conversational, and Giddens sets forth his ideas with his customary clarity and directness. In addition to the interviews, four short pieces at the end of the book give examples of Giddens's recent thought, treating Tony Blair's political philosophy, the risk society concept in the context of British politics, and the dangers of chemical contamination. The volume concludes with a conversation between Giddens and European financier and philanthropist George Soros.
Les mer
These interviews of one of the leading social theorists of the contemporary period, conducted shortly after he became Director of the London School of Economics and Political Science, cover the full range of his thought since the early 1970s.
Les mer
Among Anthony Giddens's recent books are Politics, Sociology, and Social Theory: Encounters with Classical and Contemporary Social Thought (Stanford, 1995) and A Contemporary Critique of Historical Materialism (Stanford, 1995).
Les mer
Nettpris:
706,-
Levering 3-20 dager 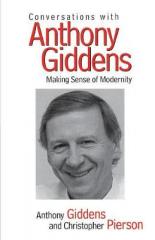 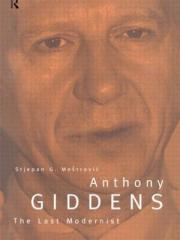 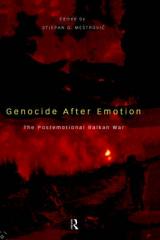