Guardino, Matt
Heftet / 2019 / Engelsk
Neoliberal policy approaches have swept over the American political economy in recent decades. In Framing Inequality, Matt Guardino focuses on the power of corporate news media in shaping how the public understands the pivotal policy debates of this period. Drawing on a wide range of empirical evidence from the dawn of the Reagan era into the Trump administration, he explains how profit pressures and commercial imperatives in the media have narrowed and trivialized news coverage and influenced public attitudes in the process. Guardino highlights how the political-economic structure of mainstream media operates to magnify some political messages and to mute or shut out others. He contends that news framing of policies that contribute to economic inequality has been unequal, and that this has undermined Americans' opportunities to express their views on an equal basis. Framing Inequality is a unique study that offers critical understanding of not only how neoliberalism succeeded as a political project, but also how Americans might begin to build a more democratic and egalitarian media system.
Les mer
This book argues that political-economic features of the U.S. commercial media system have generated news coverage that favors neoliberal viewpoints during pivotal domestic policy debates since the early 1980s. It also demonstrates that this coverage can shape public opinion to support policies that exacerbate economic and political inequality.
Les mer
Who's to blame for America's intense partisanship? A favorite villain are the media and their unrelenting political agendas and ideological convictions. Not so says Matt Guardino. The media's commercial interests and support for private markets and business are the driving force of press coverage. Framing Inequality provocatively recasts debates about American democracy, economic inequality, and the press * Lawrence Jacobs, University of Minnesota *Economic inequality is among the most profound social problems facing us today, yet our news media often obfuscate the root causes and constrain our imagination about possible solutions. With ample evidence, methodological flair, rigorous analysis, and sharp writing, Guardino masterfully illuminates how media's political-economic structures impoverish policy debates, and he points the way toward designing a better system. Anyone concerned about the future of democracy should read this invaluable book. * Victor Pickard, author of America's Battle for Media Democracy *Framing Inequality is an important contribution to our understanding of news media and politics. Guardino makes and original and important argument based on fresh research and a mastery of the literature in the field of political communication. This is a must read for scholars and citizens alike * Robert W. McChesney, University of Illinois *
Les mer
Matt Guardino is Associate Professor of political science at Providence College. A former journalist, his research applies social-scientific and cultural approaches to analyze media, political discourse and public opinion. His work has appeared in several academic journals and edited volumes. He is the co-author (with Danny Hayes) of Influence from Abroad: Foreign Voices, the Media, and U.S. Public Opinion (Cambridge University Press, 2013).
Les mer
Nettpris:
336,-
Levering 3-20 dager 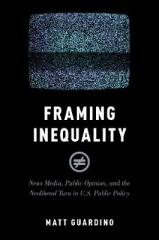 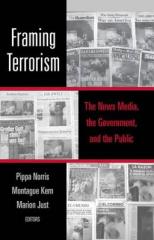 Framing Terrorism The News Media, the Government and the Public
Innbundet / 2003 / Engelsk
1.436,- 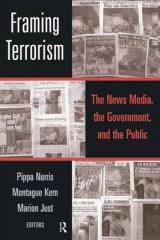 Framing Terrorism The News Media, the Government and the Public
Heftet / 2003 / Engelsk
515,- 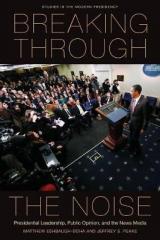