On Freud's ''Formulations on the Two Principles of Mental Functioning''

On Freud's ''Formulations on the Two Principles of Mental Functioning''

Brown, Lawrence J. Legorreta, Gabriela
Heftet / 2016 / Engelsk
This book is a collection of papers by leading contemporary psychoanalysts who comment on the continuing important relevance of Freud's (1911) paper, Formulations on the Two Principles of Mental Functioning. The contributors gathered here represent current European, Latin American, and North American perspectives that elaborate the continuing value of Two Principles for present-day psychoanalytic thinking. Each author examines Freud's paper through a personal lens that is coloured by the psychoanalytic culture from which he or she comes. In each instance, the writers' chapters demonstrate the heuristic value of Two Principles for twenty-first century psychoanalytic theory and technique. A common thread that runs through all the chapters is the view that this brief paper by Freud, which he humbly introduced by stating, "The deficiencies of this short paper, which is preparatory rather than expository ...", is a masterpiece that contains within it the seeds of much of his later writing. The distinction he draws between the pleasure principle and the reality principle are profound and raise questions that still preoccupy analysis today.
Les mer
'It is comforting to realise that a paper written more than a century ago can still elicit new thinking. That psychoanalysts can still find matter for discussion, but also, and perhaps more importantly, for elaboration from a rather short paper by Freud is testimony to the richness of the heritage left by the Viennese. In this book, one will find original clinical and theoretical reflection from a variety of standpoints, all in a dialogue or sometimes a controversy with Freud. Many of the authors have chosen to stand on the shoulders of Bion; others took a more direct route. All, I believe, point to the fact that the metapsychological conception, so well illustrated by Freud's Formulations, is irreplaceable for understanding what psychoanalysts encounter in their practice and what they can do about it. Modern formulations are at variance from those expounded by Freud in 1911, as Freud himself also was later in his life; they are also at variance with one another. All had nevertheless to come to terms, time and again, with the clear and provocative, but always seminal thinking that went into the original formulations of 1911, no less than before or after.'- Dominique Scarfone, MD, Full Professor, Universite de Montreal; Training and Supervising Analyst, Institut Psychanalytique de Montreal (Canadian Psychoanalytic Society and Institute)'In this fascinating book, Gabriela Legorreta and Lawrence J. Brown have brought ten renowned analysts from three continents and different psychoanalytic schools to a crossroad in Freud's thinking. Expanding on as well as challenging the classical separation between fantasy and reality and their related cognitive functions, these authors explore the multiple strands with which dreaming and thinking, past and present interact, and allow for the dynamic fluidity of mental processes that create and permeate psychic life. With Freud's paper as its centrepiece, this book inspires a fascinating exchange between the major developments in psychoanalysis today and takes our understanding of the human mind one step further.'- Cordelia Schmidt-Hellerau, PhD, Professor for Clinical Psychology, University of Zurich, and training and supervising analyst, Boston Psychoanalytic Society and Institute
Les mer
Gabriela Legorreta, Lawrence J Brown
Nettpris:
452,-
Levering 3-20 dager 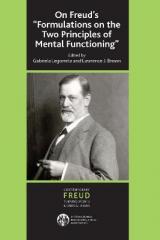 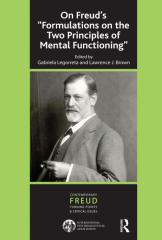 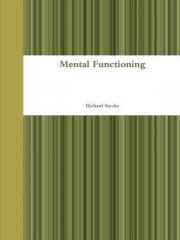 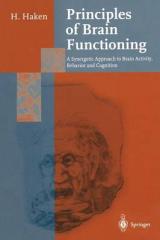