Nordbotten, Jan Martin Celia, Michael A.
Innbundet / 2012 / Engelsk
Despite the large research effort in both public and commercial companies, no textbook has yet been written on this subject. This book aims to provide an overview to the topic of Carbon Capture and Storage (CSS), while at the same time focusing on the dominant processes and the mathematical and numerical methods that need to be employed in order to analyze the relevant systems. The book clearly states the carbon problem and the role of CCS and carbon storage. Thereafter, it provides an introduction to single phase and multi-phase flow in porous media, including some of the most common mathematical analysis and an overview of numerical methods for the equations. A considerable part of the book discusses the appropriate scales of modeling, and how to formulate consistent governing equations at these scales. The book also illustrates real world data sets and how the ideas in the book can be exploited through combinations of analytical and numerical approaches.
Les mer
Despite the large research effort in both public and commercial companies, no textbook has yet been written on Carbon Capture and Storage (CCS). This book provides an overview, examining the dominant processes as well as the mathematical and numerical methods necessary to analyze the relevant systems.
Les mer
Prologue vii 1. The Carbon Problem 1 2. Single-Phase Flow in Porous Media 17 3. Two-Phase Flow in Porous Media 67 4. Large-Scale Models 115 5. Solution Approaches 153 6. Models for CO2 Storage and Leakage 195 Epilogue 225 Appendix 227 Index 237
Les mer
In summary, I enjoyed reading this book I appreciated its brevity. (Pure and Applied Geophysics, 2012)
JAN M. NORDBOTTEN is a Professor of Mathematics at the University of Bergen, Norway, and holds a visiting appointment in the Department of Civil and Environmental Engineering at Princeton University since 2003. He is the inaugural recipient of the Society of Industrial and Applied Mathematics Activity Group on Geosciences (SIAG/GS) Junior Science Prize in 2009, and remains the youngest ever to achieve a PhD in Norway. Professor Nordbotten s research interests span applied mathematics in the broadest sense, covering mathematical modeling, analysis, simulation, and applications. MICHAEL A. CELIA is the Theodora Shelton Pitney Professor of Civil and Environmental Engineering at Princeton University, where he also recently served as Department Chair. Professor Celia is a Fellow of the American Geophysical Union (AGU) and the American Association for the Advancement of Science (AAS). He received the 2005 AGU Hydrologic Sciences Award, was the 2008 Darcy Lecturer for the National Ground Water Association, and was the 2010 Pioneers in Groundwater Lecturer for the American Society of Civil Engineers. He served for ten years as editor of the journal Advances in Water Resources, and was a contributing author for the IPCC Working Group II Special Report on Carbon Dioxide Capture and Storage. His research interests include flow in porous media, numerical simulation, groundwater hydrology, ecohydrology, and carbon sequestration.
Les mer
Nettpris:
899,-
Levering 3-20 dager 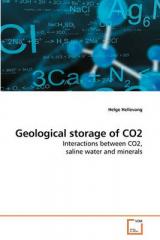 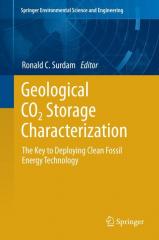 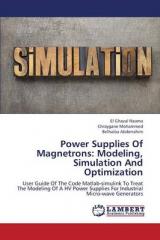 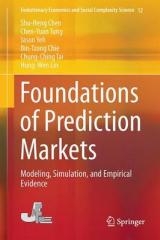