Harry Potter and the Goblet of Fire

Harry Potter and the Goblet of Fire

Rowling, J. K.
LydCD / 2016 / Engelsk
New, repackaged audio editions of the classic and internationally bestselling, multi-award-winning series, read by Stephen Fry containing 17 CDs with a total running time of 20 hours and 55 minutes. With irresistible new jackets by Jonny Duddle to bring Harry Potter to the next generation of readers. The Triwizard Tournament is to be held at Hogwarts. Only wizards who are over seventeen are allowed to enter - but that doesn't stop Harry dreaming that he will win the competition. Then at Hallowe'en, when the Goblet of Fire makes its selection, Harry is amazed to find his name is one of those that the magical cup picks out. He will face death-defying tasks, dragons and Dark wizards, but with the help of his best friends, Ron and Hermione, he might just make it through - alive!
Les mer
A marriage made in heaven, Stephen Fry reading Harry Potter * The Times *One of the greatest literary adventures of modern times * Sunday Telegraph *Spellbinding, enchanting, bewitching stuff * Mirror *
Les mer
Bestselling and unabridged audio book read by actor, author and national treasure, Stephen Fry - famous for roles in The Hobbit, Blackadder and as the presenter of QI
J.K. Rowling is the author of the record-breaking, multi-award-winning Harry Potter novels. Loved by fans around the world, the series has sold over 450 million copies, been translated into 79 languages, and made into eight blockbuster films. She has written three companion volumes in aid of charity: Quidditch Through the Ages and Fantastic Beasts and Where to Find Them (in aid of Comic Relief), and The Tales of Beedle the Bard (in aid of Lumos), as well as a screenplay inspired by Fantastic Beasts and Where to Find Them. J.K. Rowling has also collaborated on a stage play, Harry Potter and the Cursed Child Parts One and Two. In 2012, J.K. Rowling's digital company Pottermore was launched, where fans can enjoy her new writing and immerse themselves deeper in the wizarding world. J.K. Rowling has written a novel for adult readers, The Casual Vacancy, and also writes crime novels under the pseudonym Robert Galbraith. She has received many awards and honours, including an OBE for services to children's literature, France's Legion d'honneur and the Hans Christian Andersen Award.
Les mer
Nettpris:
1.030,-
Levering 3-20 dager 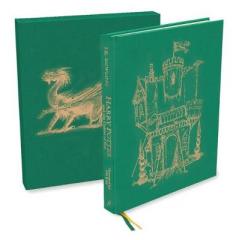 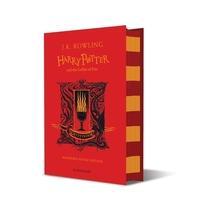 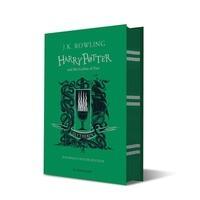