Williams, Paul
Heftet / 2013 / Engelsk
This highly informative book begins with an examination of the background to Germany's primary military objectives in relation to the western end of their self-styled 'Fortress Europe' including the early foundation of shore defences in northern France. In 1941, there was a switch in emphasis of the Atlantic Wall's role from attack to defence. Beach defences became more elaborate and the Nazi-controlled Todt Organisation began a massive building programme constructing new bunkers and reinforcing existing sites, using forced labour. Hitler appointed Rommel to formulate Germany's anti-invasion plans in early 1944. At the same time the Allies were making extensive studies of the fortifications and preparing for the challenge of overcoming this most formidable of obstacles. Using, in many cases, previously unpublished accounts of the soldiers on the ground this book follows Britain's 79th Armoured Division, Sir Percy Hobart's 'Funnies', as they utilised their unique weaponry in support of Allied efforts to ensure the success of the invasion. The author draws on British, American, Canadian and German sources. Hitler's Atlantic Wall - Normandy also includes information on war cemeteries along with travel information and accommodation suggestions and a guide to the relevant museums.
Les mer
Tells the history of the Nazi's great fortification along the western part of the Channel Coast in what became the D Day invasion area. Describes the massive construction effort involved. Reveals the Allies' ingenious plans and equipment designed to overcome this mighty defensive system.
Les mer
Paul Williams is married with twin sons and works as a freelance author and journalist in South Yorkshire. After having articles on many different subjects published in magazines and on the internet, Malta: Island Under Siege became Paul's first book for Pen and Sword in 2009. He lives near Doncaster.
Les mer
Nettpris:
240,-
Levering 3-20 dager 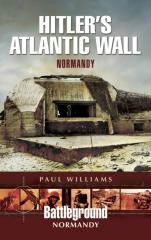 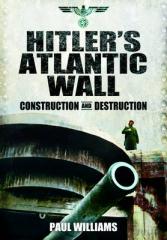 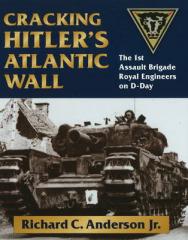 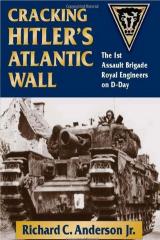