Helland, Frode
Heftet / 2015 / Engelsk
The volume reveals an astonishing richness in the theatrical approaches to Ibsen across the world: it considers political theatre, institutional 'high art', theatre for development, queer and transgender theatre, Brechtian techniques, puppetry, post-dramatic theatre, rural village performance and avant-garde touring companies. Investigating varied renegotiations of his drama, including the work of Thomas Ostermeier in Germany and other parts of the world, versions of A Doll's House from Chile and China, The Wild Duck in Iran and productions of Peer Gynt in Zimbabwe and Egypt, Frode Helland provides a deeper understanding of a cross-cultural Ibsen. The volume gives an in-depth analysis of the practice of Ibsen in relation to political, social, ideological and economic forces within and outside of the performances themselves, and demonstrates the incredible diversity of his work in local situations.
Les mer
List of Illustrations Acknowledgements About the Author Introduction 1 Against Capitalist Realism: Thomas Ostermeier Hedda Gabler In the display case Violence to the end An Enemy of the People Excursus: Between cultures (Istanbul, May 2014) The relation to capitalism 2 A Doll's House in Chile: Dictatorship and its Aftermath In silence: A Doll's House at the Catholic University (1980) Nora under the (continuing) neoliberal regime Teatro Nacional: Alfredo Castro (2006) Teatro la Memoria (2011) In pursuit of Nora Helmer (2012) The Chilean way 3 Ibsen under the Radar: Censorship and Artistic Expression Prelude: Double dolls in Hanoi Iran: A Doll's House and The Wild Duck Dariush Mehrjui's Sara The fragmented female The politics of clothing Decency and identification Tarantella The question of agency Life-lies in the theatre: My Wild Duck Ideals and critique Visual signs: The Master Builder from Beijing Concluding conjectures 4 Three Chinese Dolls Beijing Doll's House: Nora (1956) The performance Culture and/or gender: A Doll's House in the 'New Era' (Beijing 1998) The changes of the 'New Era' The adaptation Dancing dolls (Beijing 2010) Funding and re-funding Sino-Norwegian dance 5 Peer Gynt in Africa: Some Notes on the Dangers and Ambiguities of Interculturalism The orient in the text Peer in Africa - Zimbabwe 183 Peer Gynt on the Giza Plateau Between cultures Coda: From Dhaka to Mabou Mines Notes Bibliography Index
Les mer
An intricately layered exploration of the complex relational connections that contribute to the construction of a global "Ibsen" ... Helland's vivid and engaging prose is one of the volume's greatest attributes, as his explanations of each production's aesthetics are meticulously detailed, almost novelistic, in their style ... Ibsen in Practice functions as a valuable text across disciplines, providing not only exacting explorations of Ibsen's plays in performance around the globe, but also demonstrating the power of precision in analyzing the contextual influences at work in the transfer of canonical literature across cultures. * Journal of Dramatic Theory and Criticism *Helland presents a fascinating study of how innovative craftspeople bring Ibsen's dramaturgy to contemporary audiences across linguistic and national boundaries in ways that resonate with local viewers and simultaneously preserve a thematic core that is recognizably Ibsenian ... What emerges from Helland's perceptive discussions is the realization that monumental art such as A Doll's House,Hedda Gabbler, An Enemy of the People, The Wild Duck, The Master Builder, and Peer Gynt?works that Helland deftly explores in cultural contexts outside of Scandinavia?can have an enduring performance life even in venues different from the author's in terms of politics, economics, ethnicity, or ideology. Summing Up: Recommended. Upper-division undergraduates through faculty and professionals. -- H. I. Einsohn, Middlesex Community College * CHOICE *Anyone looking for an explanation of Ibsen as performed today across cultures and in various theater circumstances around the world will be enlightened by Ibsen in Practice, a model of careful examination of the cross-cultural transfer of canonical dramatic works in performance ... With its precise accounts of many productions across decades and cultures, its informative contextualizations, and its methodological self-awareness ... Helland's work offers a valuable model for further research and is indispensable for anyone teaching Ibsen. -- Dean Krouk * Scandinavian Studies *Helland's study provides extensive description and contextual analysis of major productions of Ibsen's plays across the (mostly contemporary) global north and south, providing an opportune sourcebook for researchers and scholars across disciplines ... Helland's detailed and comparative descriptions of these productions contribute valuable additions to the historical record of the precarious global embrace of Ibsen. -- Amy Holzapfel * Comparative Drama *Frode Helland's Ibsen in Practice is a significant contribution to a comparatively recent critical approach to Ibsen ... where Helland has been unable to see the performances about which he writes, or when he relegates himself to the status of a 'cultural outsider' (88), he provides meticulous scholarship and relies on the cultural and political history of the productions he researches, revealing both the integrity and the humility of a critic who is determined to understand the 'material and artistic context' (139) that would enable his readers to grasp the nature of the cultural exchanges that are central to his approach to Ibsen performance in global terms. * Modern Drama *
Les mer
Second only to Shakespeare in terms of performances, Ibsen is performed in almost every culture. Since Ibsen wrote his plays about bourgeois family life in Northern Europe, they have become part of local theatre traditions in cultures as different as that of China and Zimbabwe, India and Iran. Through the discussion of productions of Ibsen on four continents, Frode Helland explores how Ibsen is created through practice and his status as a classic is maintained.
Les mer
Frode Helland is Professor of Scandinavian Literature and Director of the Centre for Ibsen Studies at the University of Oslo, Norway.
Nettpris:
396,-
Levering 3-20 dager 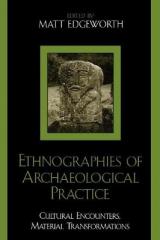 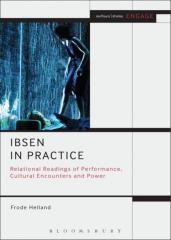