Griffiths, David J. Schroeter, Darrell F.
Innbundet / 2018 / Engelsk
Changes and additions to the new edition of this classic textbook include a new chapter on symmetries, new problems and examples, improved explanations, more numerical problems to be worked on a computer, new applications to solid state physics, and consolidated treatment of time-dependent potentials.
Les mer
This widely-used and time-tested textbook is indispensable for teachers and students of quantum mechanics, one of the essential foundations of modern physics. It is also useful as a reference for those in related fields (engineering, mathematics, chemistry), or for self-study by non-professionals.
Les mer
Part I. Theory: 1. The wave function; 2. Time-independent Schrodinger equation; 3. Formalism; 4. Quantum mechanics in three dimensions; 5. Identical particles; 6. Symmetry; Part II. Application: 7. Time-independent perturbation theory; 8. The variational principle; 9. The WKB approximation; 10. Scattering; 11. Quantum dynamics; 12. Afterword; Appendix A. Linear algebra; Index.
Les mer
A clear and accessible introduction to theory and applications of quantum mechanics for junior/senior undergraduate students of physics.
David J. Griffiths received his B.A. (1964) and Ph.D. (1970) from Harvard University. He taught at Hampshire College, Mount Holyoke College, and Trinity College before joining the faculty at Reed College in 1978. In 2001-02 he was visiting Professor of Physics at the Five Colleges (University of Massachusetts, Amherst, Mount Holyoke, Smith, and Hampshire), and in the spring of 2007 he taught Electrodynamics at Stanford. He retired in 2009. Griffiths is a Consulting Editor of The American Journal of Physics, and a Fellow of the American Physical Society. In 1997 he was awarded the Millikan Medal by the American Association of Physics Teachers. He has spent sabbaticals at SLAC, Lawrence Berkeley Laboratory, and University of California, Berkeley. Although his Ph.D. was in elementary particle theory, his recent research is in electrodynamics and quantum mechanics. He is the author of over fifty articles and four books: Introduction to Electrodynamics (4th edition, Cambridge, 2013), Introduction to Elementary Particles (2nd edition, 2008), Introduction to Quantum Mechanics (2nd edition, Cambridge, 2016), and Revolutions in Twentieth-Century Physics (Cambridge, 2012). Darrell F. Schroeter is a condensed matter theorist. He received his B.A. (1995) from Reed College and his Ph.D. (2002) from Stanford University where he was a National Science Foundation Graduate Research Fellow. Before joining the Reed College, Oregon, faculty in 2007, Schroeter taught at both Swarthmore College and Occidental College. His record of successful theoretical research with undergraduate students was recognized in 2011 when he was named as a KITP-Anacapa scholar.
Les mer
Nettpris:
598,-
Levering 3-20 dager 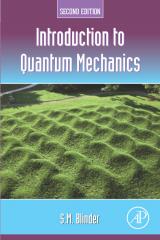 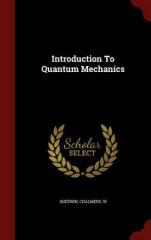 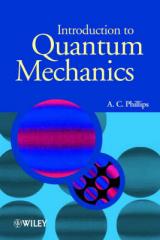 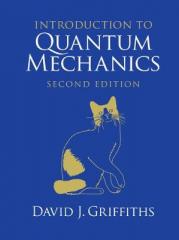