Hare, A. Paul Hare, June Rabson
Innbundet / 1996 / Engelsk
J L Moreno, the founder of sociodrama and sociometry, is best known for the impact he had on group psychotherapy, out of which he created psychodrama. This is now one of the most important and popular of the `creative' therapies, practised throughout the world. The concept of `role' was central to Moreno's theory and throughout his life he played many himself. A Paul Hare and June Rabson Hare describe a man who was, among other things, a psychiatrist, dramatist, theologian, inventor and educator, who made significant contributions in all of these areas in addition to being a major influence on social science and group psychotherapy. Moreno's theoretical and practical contributions to therapy also cover a broad spectrum. This fascinating book draws together and clarifies the most important of the concepts and applications of Moreno's work, presenting and successfully rebutting the criticism some of his theories have attracted.
Les mer
Providing an accessible introduction to the life and work of J.L. Moreno, as well as to the principles and practice of psychodrama, this work draws together and clarifies the most important concepts and applications of Moreno's work.
Les mer
The Life of J L Moreno Major Contributions to Theory Major Contributions to Practice Criticism and Rebuttals The Overall Influence of J L Moreno
Nettpris:
1.484,-
Levering 3-20 dager 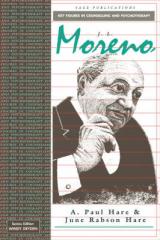 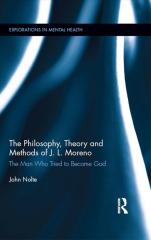 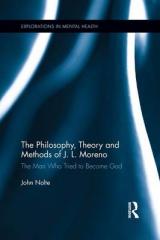 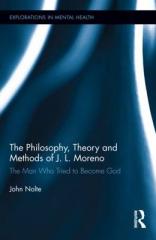