Letting in the Light

Letting in the Light

Steven, Kenneth
Heftet / 2016 / Engelsk
In this intimate new collection, the Christian poet Kenneth Steven reflects on bereavement, marital breakdown, the pain of separation from his beloved young daughter and the search for 'home'. Previously his poetry has focused on the natural world. Now he finds himself struggling to address his harrowing circumstances, and it becomes clear that the words he needs will only be found by journeying inside to a deeply personal place. What emerges through the testing of faith is that most ancient of healing truths: darkness and pain open the way to hope and healing ...it's when we are broken, we let in the light.
Les mer
A luminous, emotionally charged and beautifully crafted new volume from one of Scotland's leading poets. Challenging and comforting from a Christian perspective.
Kenneth Steven is one of Scotland's leading poets and several of his collections have been published to date: Island, Iona, Making the Known World New, Salt and Light, Columba, Imagining Things, Wild Horses, The Missing Days, Evensong and Coracle. He also writes novels and illustrated stories for children, and his The Dog's Nose (published in Norwegian, English and French) won the Norwegian Government's Award for Picture Books. Marylebone House published The Well of the North Wind, set on sixth-century Iona, in January 2016.
Les mer
Nettpris:
185,-
Levering 3-20 dager 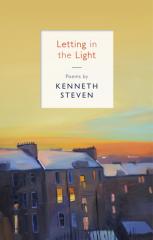 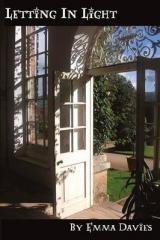