Devore, Jay L. Berk, Kenneth N.
Innbundet / 2011 / Engelsk
Modern Mathematical Statistics with Applications, Second Edition strikes a balance between mathematical foundations and statistical practice. In keeping with the recommendation that every math student should study statistics and probability with an emphasis on data analysis, accomplished authors Jay Devore and Kenneth Berk make statistical concepts and methods clear and relevant through careful explanations and a broad range of applications involving real data.The main focus of the book is on presenting and illustrating methods of inferential statistics that are useful in research. It begins with a chapter on descriptive statistics that immediately exposes the reader to real data. The next six chapters develop the probability material that bridges the gap between descriptive and inferential statistics. Point estimation, inferences based on statistical intervals, and hypothesis testing are then introduced in the next three chapters. The remainder of the book explores the use of this methodology in a variety of more complex settings.This edition includes a plethora of new exercises, a number of which are similar to what would be encountered on the actuarial exams that cover probability and statistics. Representative applications include investigating whether the average tip percentage in a particular restaurant exceeds the standard 15%, considering whether the flavor and aroma of Champagne are affected by bottle temperature or type of pour, modeling the relationship between college graduation rate and average SAT score, and assessing the likelihood of O-ring failure in space shuttle launches as related to launch temperature.
Les mer
Modern Mathematical Statistics with Applications, Second Edition strikes a balance between mathematical foundations and statistical practice.
Overview and Descriptive Statistics.- Probability.- Discrete Random Variables and Probability Distributions.- Continuous Random Variables and Probability Distributions.- Joint Probability Distributions.- Statistics and Sampling Distributions.- Point Estimation.- Statistical Intervals Based on a Single Sample.- Tests of Hypotheses Based on a Single Sample.- Inferences Based on Two Samples.- The Analysis of Variance.- Regression and Correlation.- Goodness-of-Fit Tests and Categorical Data Analysis.- Alternative Approaches to Inference.- Appendix Tables.
Les mer
From the book reviews:"The text by Devore and Berk is a worthy entry into the collection of texts designed for the typical undergraduate mathematical statistics course. ... there is more than enough material in the book for a one-year course. ... the book would be a very solid choice for a year-long mathematical statistics course." (R. T. Smythe, Mathematical Reviews, December, 2014)"The authors made a good revision in this edition. The format is standard, however it showcases many statistical ideas in a clear manner, for a smooth grasp of the material. The chapters are well structured, presented, and motivated. The main strength of the book is that it still offers a good number of worked examples that are based on real datasets emerging from a variety of fields. It is a good candidate for adoption as a textbook for a senior level undergraduate course." (Ahmed, Technometrics, November, 2014)
Les mer
Jay Devore received a B.S. in Engineering Science from the University of California, Berkeley, and a Ph.D. in Statistics from Stanford University. He previously taught at the University of Florida and Oberlin College, and has had visiting positions at Stanford, Harvard, the University of Washington, New York University, and Columbia. He has been at California Polytechnic State University, San Luis Obispo, since 1977, where he was chair of the Department of Statistics for seven years and recently achieved the exalted status of Professor Emeritus.Jay has previously authored or coauthored five other books, including Probability and Statistics for Engineering and the Sciences, which won a McGuffey Longevity Award from the Text and Academic Authors Association for demonstrated excellence over time . He is a Fellow of the American Statistical Association, has been an associate editor for both the Journal of the American Statistical Association and The American Statistician, and received the Distinguished Teaching Award from Cal Poly in 1991. His recreational interests include reading, playing tennis, traveling, and cooking and eating good food.Ken Berk has a B.S. in Physics from Carnegie Tech (now Carnegie Mellon) and a Ph.D. in Mathematics from the University of Minnesota. He is Professor Emeritus of Mathematics at Illinois State University and a Fellow of the American Statistical As sociation. He founded the Software Reviews section of The American Statistician and edited it for six years. He served as secretary/treasurer, program chair, and chair of the Statistical Computing Section of the American Statistical Association, and he twice co-chaired the Interface Symposium, the main annual meeting in statistical computing. His published work includes papers on time series, statistical computing, regression analysis, and statistical graphics, as well as the book Data Analysis with Microsoft Excel (with Patrick Carey).
Les mer
Nettpris:
899,-
Levering 3-20 dager 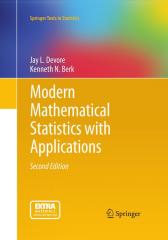 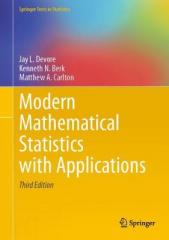 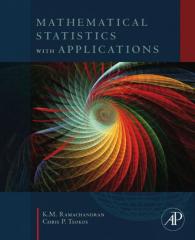 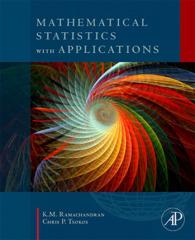