Cartwright, Lisa
Innbundet / 2008 / Engelsk
Why were theories of affect, intersubjectivity, and object relations bypassed in favor of a Lacanian linguistically oriented psychoanalysis in feminist film theory in the 1980s and 1990s? In Moral Spectatorship, Lisa Cartwright rethinks the politics of spectatorship in film studies. Returning to impasses reached in late-twentieth-century psychoanalytic film theory, she focuses attention on theories of affect and object relations seldom addressed during that period. Cartwright offers a new theory of spectatorship and the human subject that takes into account intersubjective and affective relationships and technologies facilitating human agency. Seeking to expand concepts of representation beyond the visual, she develops her theory through interpretations of two contexts in which adult caregivers help bring children to voice. She considers several social-problem melodramas about deaf and nonverbal girls and young women, including Johnny Belinda, The Miracle Worker, and Children of a Lesser God. Cartwright also analyzes the controversies surrounding facilitated communication, a technological practice in which caregivers help children with communication disorders achieve "voice" through writing facilitated by computers. This practice has inspired contempt among professionals and lay people who charge that the facilitator can manipulate the child's speech.For more than two decades, film theory has been dominated by a model of identification tacitly based on the idea of feeling what the other feels or of imagining oneself to be the other. Building on the theories of affect and identification developed by Andre Green, Melanie Klein, Donald W. Winnicott, and Silvan Tomkins, Cartwright develops a model of spectatorship that takes into account and provides a way of critically analyzing the dynamics of a different kind of identification, one that is empathetic and highly intersubjective.
Les mer
Lisa Cartwright contributes to feminist film theory by developing a new psychoanalytic theory of spectatorship and human subjectivity.
Acknowledgments ix Introduction: Spectatorship, Affect, and Representation 1 1. Moral Spectatorship: Rethinking Identification in Film Theory 11 2. The (Deaf) Woman's Film and the Quiet Revolution in Film Sound: On Projection, Incorporation, and Voice 51 3. "A Child Is Being Beaten": Disorders of Authorship, Agency, and Affect in Facilitated Communication 157 Conclusion: On Empathy and Moral Spectatorship 229 Notes 241 References 255 Index 281
Les mer
"Moral Spectatorship is an important and brave book that dares to consider the formation of subjectivity and intersubjectivity in cinema (and life) through concepts such as feeling, affect, dependency, and care. Drawing upon psychoanalytic theory (not Lacan's), Lisa Cartwright writes with both passion and skepticism about-and around-a selection of films that foreground the radically ethical nature of human communication, reminding us that film studies can change not only the way we see films but also the way we view our lives."-Vivian Sobchack, author of Carnal Thoughts: Embodiment and Moving Image Culture"Uncovering alternative traditions in the psychoanalytic study of affect and object relations, while pairing them with deep explorations of American and continental moral philosophy, Lisa Cartwright proposes a series of arguments that will radically remap our understanding of spectatorship and identification. Moral Spectatorship is a path-breaking book and perhaps the first entirely new approach to subject, empathy, and affect in visual cultural studies to have appeared in the new millennium."-D. N. Rodowick, Professor of Visual and Environmental Studies, Harvard University
Les mer
An innovative film theory book that takes off from The Miracle Worker and other mid-century films about young deaf girls
Lisa Cartwright is Professor of Communication and Science Studies and a faculty member in Critical Gender Studies at the University of California, San Diego. She is the author of Screening the Body: Tracing Medicine's Visual Culture, a coauthor of Practices of Looking: An Introduction to Visual Culture, and a coeditor of The Visible Woman: Imaging Technologies, Gender and Science.
Les mer
Nettpris:
1.264,-
Levering 3-20 dager 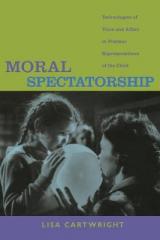 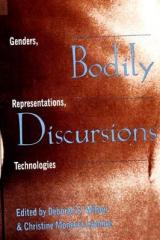 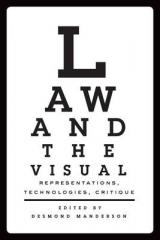 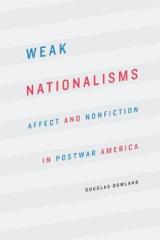