Moravian Church and the Missionary Awakening in England, 1760-1800

Moravian Church and the Missionary Awakening in England, 1760-1800

Mason, J. C. S.
Heftet / 2011 / Engelsk
The Moravian Church became widely known and respected for its "missions to the heathen", achieving a high reputation among the pious and with government. This study looks at its connections with evangelical networks, and its indirect role in the great debate on the slave trade, as well as the operations of Moravian missionaries in the field. The Moravians' decision, in 1764, to expand and publicise their foreign missions (largely to the British colonies) coincided with the development of relations between their British leaders and evangelicals from various denominations, among whom were those who went on to found, in the last decade of the century, the major societies which were the cornerstone of the modern missionary movement. These men were profoundly influenced by the Moravian Church's apparent progress, unique among Protestants, in making "real" Christians among the heathen overseas, and this led to the adoption of Moravian missionary methods by the new societies. Dr Mason draws on a wide range of primary documents to demonstrate the influences of the Moravian Church on the missionary awakening in England and its contribution to the movement. Dr J.C.S. Mason first became aware of both the International Moravian Church (Unitas Fratrum) and his La Trobe forebears, who appear in the book, whilst working for his degree as a mature student at Birkbeck College, University of London; he later completed his thesis at King's College London.
Les mer
The influence of the Moravian Church on the missionary awakening in England and its contribution to the movement's nature and vitality.
Excellent. JOURNAL OF ECCLESIASTICAL HISTORY A very thorough study... The book, which is attractively illustrated, is well-written, and the author has a good eye for apt quotations. The treatment is also sophisticated. HISTORY Mason deserves our praise... broadens our understanding of this eighteenth-century religious movement. ALBION [A] solidly researched study. ENGLISH HISTORICAL REVIEW Thoroughly researched.... A solid and reliable account. ANGLICAN AND EPISCOPAL HISTORY
Les mer
Nettpris:
344,-
Levering 3-20 dager 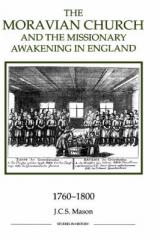 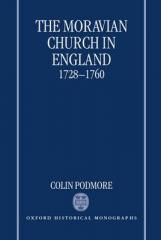