Oglethorpe Plan Enlightenment Design in Savannah and Beyond

Oglethorpe Plan Enlightenment Design in Savannah and Beyond

Wilson
Innbundet / 2012 / Engelsk
The statesman and reformer James Oglethorpe was a significant figure in the philosophical and political landscape of eighteenth-century British America. His social contributions--all informed by Enlightenment ideals--included prison reform, the founding of the Georgia Colony on behalf of the "worthy poor," and stirring the founders of the abolitionist movement. He also developed the famous ward design for the city of Savannah, a design that became one of the most important planning innovations in American history. Multilayered and connecting the urban core to peripheral garden and farm lots, the Oglethorpe Plan was intended by its author to both exhibit and foster his utopian ideas of agrarian equality. In his new book, the professional planner Thomas D. Wilson reconsiders the Oglethorpe Plan, revealing that Oglethorpe was a more dynamic force in urban planning than has generally been supposed. In essence, claims Wilson, the Oglethorpe Plan offers a portrait of the Enlightenment, and embodies all of the major themes of that era, including science, humanism, and secularism. The vibrancy of the ideas behind its conception invites an exploration of the plan's enduring qualities. In addition to surveying historical context and intellectual origins, this book aims to rescue Oglethorpe's work from its relegation to the status of a living museum in a revered historic district, and to demonstrate instead how modern-day town planners might employ its principles. Unique in its exclusive focus on the topic and written in a clear and readable style, The Oglethorpe Plan explores this design as a bridge between New Urbanism and other more naturally evolving and socially engaged modes of urban development.
Les mer
The Oglethorpe Plan: Enlightenment Design in Savannah and Beyond fills a gap in Georgia colonial history, carving out a place for a contextual history that brings the influence of Oglethorpe, Georgia, and Savannah to the present day through the premise that social change can be rooted in urban design.--Georgia Library QuarterlyWilson considers this philosophy, the present-day physical ambience of Savannah (with 18th-century urban design filled in with 19th-century architecture protected by 20th-century historic preservation districts), and its implications. What can it say to planners today?... Wilson handles both the history and the planning issues with delicacy and precision. Don't miss this treat.--Planning MagazineWilson is deeply familiar with Savannah.... [His] detailing of this history is serious but accessible, not stuffy or academic. It's a fascinating tour of the potential, and the limits, of design.--Landscape Architecture MagazineWilson's insightful analysis opens new avenues of study regarding the implications of Oglethorpe's timeless design of Savannah, both in its historical context and for current urban planning.--Georgia Historical QuarterlyTo make the familiar unfamiliar is one of the most powerful acts of a historian and Wilson does this. His carefully researched story describes both Oglethorpe's contribution to the Enlightenment and the rich intellec- tual context for both the idea's initial generation and its manifestation in Georgia. Wilson successfully chal- lenges the "static portrayal of Oglethorpe's role in his- tory " and is able to persuasively argue for his contribu- tions to "social reform, political theory, and town plan- ning" (p. 1).The description of Oglethorpe's efforts to create social equity through physical design remains rel- evant today. In addition, Wilson's careful analysis points to a frequent misrepresentation of the plan as infinitely expandable, demonstrating instead that there is an ideal scale at which the plan as a whole is optimal.--Thaisa Way "H-Environment "This is a fascinating book that shifts perception of Oglethorpe's Savannah plan dramatically from that of a beautiful but essentially limited example of utopian design to an urban model fully representative of mainstream eighteenth-century intellectual thought.--Jack Williams, Professor Emeritus, Auburn University, author of East 40 Degrees (Virginia)Thomas Wilson brings a fresh perspective on the planning accomplishments of James Oglethorpe, situating Savannah's famous urban plan within the broader framework of Enlightenment philosophy, social reform, religious philanthropy, and agrarian idealism. His study challenges accepted notions of Oglethorpe's intentions and makes a compelling case for understanding the urban plan of Savannah as part of an integrated system of land use planning. This book will be a valuable resource to anyone interested in the history and planning of American cities.--Robin Williams, Savannah College of Art and Design
Les mer
Thomas D. Wilson, AICP, is a town planning consultant in South Carolina. He previously served as director of comprehensive planning in Savannah, as planning director for Beaufort County, South Carolina, and as a planning official and research analyst in Miami, Key West, and Philadelphia.
Les mer
Nettpris:
364,-
Levering 3-20 dager 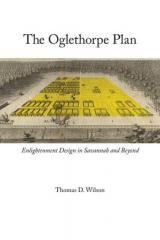 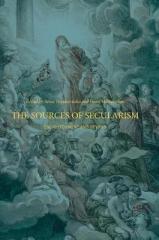 Sources of Secularism Enlightenment and Beyond
Innbundet / 2017 / Engelsk
1.210,- 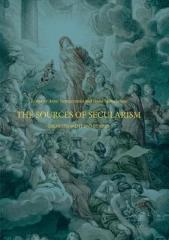 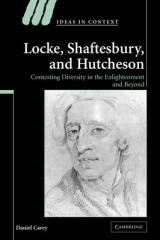