Original Sin and Everyday Protestants The Theology of Reinhold Niebuhr, Billy Graham, and Paul Tillich in an Age of Anxiety

Original Sin and Everyday Protestants The Theology of Reinhold Niebuhr, Billy Graham, and Paul Tillich in an Age of Anxiety

Finstuen, Andrew S.
Heftet / 2014 / Engelsk
In the years following World War II, American Protestantism experienced tremendous growth, but conventional wisdom holds that midcentury Protestants practiced an optimistic, progressive, complacent, and materialist faith. In Original Sin and Everyday Protestants, historian Andrew Finstuen argues against this prevailing view, showing that theological issues in general--and the ancient Christian doctrine of original sin in particular--became newly important to both the culture at large and to a generation of American Protestants during a postwar ""age of anxiety"" as the Cold War took root. Finstuen focuses on three giants of Protestant thought--Billy Graham, Reinhold Niebuhr, and Paul Tillich--men who were among the era's best known public figures. He argues that each thinker's strong commitment to the doctrine of original sin was a powerful element of the broad public influence that they enjoyed. Drawing on extensive correspondence from everyday Protestants, the book captures the voices of the people in the pews, revealing that the ordinary, rank-and-file Protestants were indeed thinking about Christian doctrine and especially about ""good"" and ""evil"" in human nature. Finstuen concludes that the theological concerns of ordinary American Christians were generally more complicated and serious than is commonly assumed, correcting the view that postwar American culture was becoming more and more secular from the late 1940s through the 1950s.
Les mer
Original Sin and Everyday Protestants: The Theology of Reinhold Niebuhr, Billy Graham, and Paul Tillich in an Age of Anxiety
Eminently readable and informative. --Lutheran Quarterly Original Sin deftly portrays not only how these three were men of their times but also how their neo-Orthodox, evangelical, and existential versions of this doctrine literally shaped the American theological self-understanding and imagination.--Religious Studies Review [An] engaging, well-researched book. . . . Finstuen's analysis demonstrates fascinating, unexpected, and convincing thematic overlaps between Tillich, Graham, and Niebuhr. . . . Of interest to all students of American Christianity, not only for its interesting and engaging writing, but also for Finstuen's ability to convincingly combine first rate theological analysis with social history.--Reviews in Religion and Theology [Finstuen's] examination of letters to the editor and readers' personal letters to Niebuhr, Graham, and Tillich reveal many surprises.--Books & Culture Finstuen's industrious research . . . allows him to draw what seem like outrageous conclusions. . . . . Documentation for these conclusions comes from the extraordinary record left by these three notables from unending rounds of speeches, writings, and correspondence.--BooksandCulture.com Highly readable. . . . Recreates a mid-century landscape shared and shaped by these leaders and the lay people who pondered them. . . . Compelling.--Church History Insightful and informative. . . . Finstuen perceptively describes the study's religious and cultural context, persuasively demonstrates that original sin was the underlying doctrinal cohesion among the three figures, and presents their individual and collective influence as diagnosticians of the human condition.--Choice The best works of intellectual history make unexpected, yet insightful connections using a comparative framework. The best works in the lived religion tradition demonstrate the limits of employing conventional categories of theological analysis. Finstuen succeeds on both fronts in this creative and thought-provoking study.--Religion in American History The historiographical importance of the work extends beyond the author's subjects. . . . A useful book of intellectual history that corrects our impressions of the post-war era. Finstuen makes a persuasive case that Americans in that era were more theologically literate than the popularity of Peale and others might suggest.--Journal of American History This work will be important in understanding mid-century Christianity, how Christian teaching operates in popular culture, often transcending the format in which it is delivered, and the sophistication of those who articulate their faith without support of academic, theological training.--Missiology: An International Review Traces a powerful mid-20th-century intellectual revival in which millions of Americans sought their bearings in the original-sin theology of three seemingly very different men.--The Christian Century
Les mer
Andrew S. Finstuen is director of the Honors College and associate professor of history at Boise State University, USA.
Nettpris:
520,-
Levering 3-20 dager 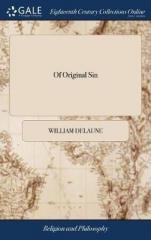 Of Original Sin A Sermon Preach'd Before the Right Honourable the Lord Mayor and Aldermen, at the Cathedral-Church of St. Paul, London, Feb. 22. 1712/13. by William Delaune,
Delaune, William
Innbundet / 2018 / Engelsk
274,- 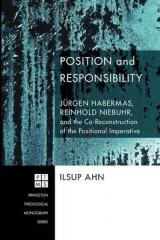