Marks, Robert B.
Heftet / 2015 / Engelsk
This clearly written and engrossing book presents a global narrative of the origins of the modern world from 1400 to the present. Unlike most studies, which assume that the "rise of the West" is the story of the coming of the modern world, this history, drawing upon new scholarship on Asia, Africa, and the New World and upon the maturing field of environmental history, constructs a story in which those parts of the world play major roles, including their impacts on the environment. Robert B. Marks defines the modern world as one marked by industry, the nation state, interstate warfare, a large and growing gap between the wealthiest and poorest parts of the world, increasing inequality within the wealthiest industrialized countries, and an escape from the environmental constraints of the "biological old regime." He explains its origins by emphasizing contingencies (such as the conquest of the New World); the broad comparability of the most advanced regions in China, India, and Europe; the reasons why England was able to escape from common ecological constraints facing all of those regions by the eighteenth century; a conjuncture of human and natural forces that solidified a gap between the industrialized and non-industrialized parts of the world; and the mounting environmental crisis that defines the modern world. Now in a new edition that brings the saga of the modern world to the present in an environmental context, the book considers how and why the United States emerged as a world power in the twentieth century and became the sole superpower by the twenty-first century, and why the changed relationship of humans to the environmental likely will be the hallmark of the modern era-the "Anthopocene." Once again arguing that the U.S. rise to global hegemon was contingent, not inevitable, Marks also points to the resurgence of Asia and the vastly changed relationship of humans to the environment that may in the long run overshadow any political and economic milestones of the past hundred years.
Les mer
Now in a new edition, this clearly written and engrossing book presents a global and environmental narrative of the origins of the modern world since 1400. Robert Marks constructs a story in which Asia, Africa, and the New World play major roles and points to the resurgence of Asia and the vastly changed relationship of humans to the environment.
Les mer
List of Figures and Maps Preface to the Third Edition Introduction: The Rise of the West? Chapter One: The Material and Trading Worlds, circa 1400 Chapter Two: Starting with China Chapter Three: Empires, States, and the New World, 1500-1775 Chapter Four: The Industrial Revolution and Its Consequences, 1750-1850 Chapter Five: The Gap Chapter Six: The Great Departure Conclusion: Changes, Continuities, and the Shape of the Future Notes Index About the Author
Les mer
Marks offers a new broad sweep of this period that significantly is not Eurocentric in approach. His book reflects the more recent advanced scholarship that considers the influence of Asia and departs from the traditional interpretation of the 'Rise of the West' or the 'European Miracle' as the foundation of the modern world. This book is extremely informative; the author delves into ecological issues that include critical contemporary questions, such as global warming, and occasionally population growths and declines, as in the horrific period appropriately labeled the 'Black Death' in the mid-14th century, an epidemic that affected three continents. Numerous maps of the world support the book's global theme, and Marks writes that for well over 1,000 years, the Indian Ocean 'arguably was the single most important crossroad of trade and generator of merchant wealth in the world.' The book's main topics are the expansion of the Russian, Chinese, and Ottoman Empires; the conquest of the Americas; the spread of Islam; the Industrial Revolution; and the rise of the US. This serious and important work, written in a historically conventional manner, is thoughtful, relevant to the present times, and well written. Summing Up: Highly recommended. All levels/libraries. * CHOICE *In a mere 218 pages of accessible prose, Robert Marks distills world history of the past six centuries to its essence. Truly global in scope, and fully attentive to environmental contexts, this book is ideal for the classroom: it will provoke both thought and discussion-and occasional disagreement. -- John R. McNeill, Georgetown UniversityThis third edition of The Origins of the Modern World accentuates the book's strengths-especially by deepening its discussion of environmental change and of global inequality-while remaining compact, highly readable, and easy to connect with contemporary concerns. Fair-minded but not bland, it has a potential to spark classroom discussion that conventional textbooks rarely have, while providing a helpful basic narrative around which to organize an appealing world history class. -- Kenneth Pomeranz, University of ChicagoThe Origins of the Modern World combines two virtues that most textbooks lack: concision and an actual thesis. Rather than assuming the voice of an omniscient narrator, Marks makes a compelling argument about the multiple causes and consequences-human and ecological-of modernity. My students actually read this text, grasp its arguments, and find it stimulating. -- E. Taylor Atkins, Northern Illinois UniversityAlways the favorite when it comes to incisive world history agenda-setting, the third edition of The Origins of the Modern World has a more fully developed overview, one that is big on humans and the history of the environment and encourages critical thinking on a global scale. -- Edmund Burke III, University of California at Santa Cruz
Les mer
Robert B. Marks is professor of history and environmental studies at Whittier College. His books include China: Its Environment and History (R&L). He is the recipient of Whittier College's Harry W. Nerhood Teaching Excellence Award.
Les mer
Nettpris:
372,-
Levering 3-20 dager 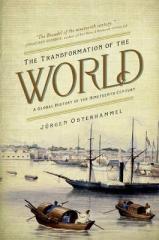 Transformation of the World A Global History of the Nineteenth Century
Osterhammel, Jurgen
Heftet / 2015 / Engelsk
370,- 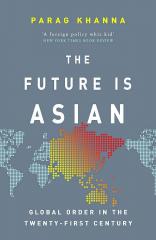 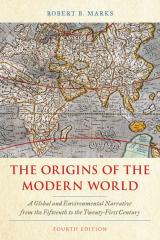 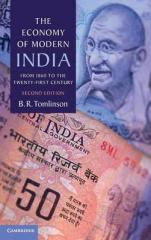