Parker, Geoffrey G. Van Alstyne, Marshall W. Choudary, Sangeet Paul
Heftet / 2017 / Engelsk
Facebook, PayPal, Alibaba, Uber-these companies have upended entire industries by harnessing a single phenomenon: the platform business model. Platform Revolution delivers the first comprehensive analysis of how platforms match producers and consumers in a multi-sided marketplace, unlocking hidden resources and creating new forms of value. Platform Revolution explores the what, how and why of this revolution and provides the first "owner's manual" for creating a platform marketplace. It provides the essential guide to unlocking the potential of an economic landscape transformed.
Les mer
An inside look at the revolutionary business power of the platform-from the experts who helped discover how it works.
"Thorough and often provocative." -- The Wall Street Journal"Platform Revolution... is not the first book on the subject. But its clarity and fact-based analysis have made it a business bestseller for 2016." -- The European Magazine"... a number of options for entering the platform age." -- Summer reading list - 10 books you mustn't miss! - Business Digest
Les mer
Geoffrey Parker is a professor of engineering at Dartmouth College and a visiting scholar and research fellow at the MIT Initiative for the Digital Economy. Before joining academia, he held positions in engineering and finance at General Electric. He has made significant contributions to the economics of network effects as co-developer of the theory of two-sided networks. Parker's work has been supported by the Department of Energy, the National Science Foundation, and numerous corporations. Parker advises senior leaders in government and business and is a frequent speaker at conferences and industry events. He received his BS from Princeton and his MS and PhD from MIT. Marshall W. Van Alstyne is a professor at Boston University and a visiting scholar and research fellow at the MIT Initiative on the Digital Economy. Van Alstyne is a world expert on information economics and has made fundamental contributions to IT productivity and to theories of network effects. His coauthored work on two-sided networks is taught in business schools worldwide. In addition, he holds patents in information privacy protection and on spam prevention methods. Van Alstyne has been honored with six best paper awards and National Science Foundation IOC, SGER, iCORPS, SBIR and Career Awards. He is an adviser to leading executives, a frequent keynote speaker, a former entrepreneur, and a consultant to startups and to Global 100 companies. He received his BA from Yale and his MS and PhD from MIT. Sangeet Paul Choudary is a C-level advisor to executives globally on platform business models. He is an Entrepeneur-in-Residence at the INSEAD Business School and a Fellow at the Centre for Global Enterprise. He has been ranked among the top 30 emerging business thinkers globally by Thinkers 50. Sangeet writes the popular blog Platformed (platformed.info), and his work has been featured on leading journals and media, including the Harvard Business Review, MIT Technology Review, Sloan Management Review, the Wall Street Journal and The Economist. He is a frequent keynote speaker at leading conferences, including the G20 World Summit 2014 and the World Economic Forum events.
Les mer
Nettpris:
199,-
159,-
På lager, sendes nå 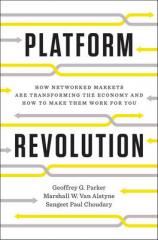 Platform Revolution How Networked Markets Are Transforming the Economy--and How to Make Them Work for You
Parker, Geoffrey G.
Innbundet / 2016 / Engelsk
299,-
Kjøp 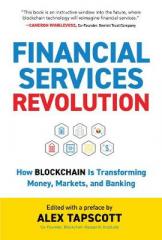 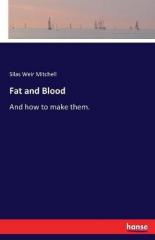 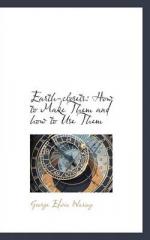 Earth-Closets How to Make Them and How to Use Them
Waring, George E, Jr.
Heftet / 2009 / Engelsk
231,-
Kjøp
Opphavsrett (C) 2021 Akademika. Alle rettigheter forbeholdt. Laget av Ny Media AS