Real Making of the President Kennedy, Nixon and the 1960 Election

Real Making of the President Kennedy, Nixon and the 1960 Election

Rorabaugh, W.J.
Heftet / 2009 / Engelsk
When John Kennedy won the presidency in 1960, he also won the right to put his own spin on the victory-whether as an underdog's heroic triumph or a liberal crusader's overcoming special interests. Now W. J. Rorabaugh cuts through the mythology of this famous election to explain the nuts-and-bolts operations of the campaign and offer a corrective to Theodore White's flawed classic, The Making of the President. Despite a less than liberal record, JFK assumed the image of liberal hero-thanks to White and other journalists who were shamelessly manipulated by the Kennedy campaign. Rorabaugh instead paints JFK as the ideological twin of Nixon and his equal as a bare-knuckled politician, showing that Kennedy's hard-won, razor-thin victory was attributable less to his legendary charisma than to an enormous amount of money, an effective campaign organisation, and television image-making. The 1960 election, Rorabaugh argues, reflects the transition from the dominance of old-style boss and convention politics to the growing significance of primaries, race, and especially TV-without which Kennedy would have been neither nominated nor elected. He recounts how JFK cultivated delegates to the 1960 Democratic convention; quietly wooed the still-important party bosses; and used a large personal organisation, polls, and TV advertising to win primaries. JFK's master stroke, however, was choosing as a running mate Lyndon Johnson, whose campaigning in the South carried enough southern states to win the election. On the other side, Rorabaugh draws on Nixon's often-ignored files to take a close look at his dysfunctional campaign, which reflected the oddities of a dark and brooding candidate trapped into defending the Eisenhower administration. Yet the widely detested Nixon won almost as many votes as the charismatic Kennedy. This leads Rorabaugh to reexamine the darker side of the election: the Republicans' charges of vote fraud in Illinois and Texas, the use of money to prod or intimidate, manipulation of the media, and the bulldozing of opponents. The Real Making of the President gives a sobering look at all of this, fundamentally reshaping understanding of one of America's most memorable elections.
Les mer
Provides a corrective to the famous--but flawed--classic, The Making of the President. Looks closely at the nuts and bolts of the election, and at a candidate whose hard-won victory depended upon hoards of money, an effective organization, television image-making, and LBJ's campaigning in the South.
Les mer
"Rorabaugh has approached the fabled 1960 presidential race from an utterly fresh perspective. Stripped of Camelot-infused idealism, the author's approach is gritty and honest. The book serves as a sometimes bitter antidote to the cheery optimism of Theodore H. White's timeless The Making of the President, 1960. While White was obviously captivated by the Kennedy mystique, Rorabaugh is not so easily distracted from the down-and-dirty world of two-fisted national politics. His account is fair, unvarnished historical reporting. It may mark the first time that the 1960 election has been viewed without the aid of rose-colored glasses. Essential."--Choice"An unvarnished account of the 1960 presidential election that skewers Theodore White's adoring portrayal of John F. Kennedy."--Library Journal"A very concise--even masterful--assessment of the 1960 presidential election campaign. . . . If this book is any indication of the quality of forthcoming volumes, the series will be a standing order for every college and university library in the United States and many overseas. This is a thoroughly satisfying account of a pivotal election in American history. There is no need to throw away your copy of White's book--it is still an enjoyable read. But when you want the real story of the making of the Kennedy presidency, turn to W. J. Rorabaugh."--Pacific Northwest Quarterly"Rorabaugh makes clear just how much White's breathless, novelistic account shaped subsequent writing on the lives of John F. Kennedy and Richard Nixon. The result is a fresh, insightful book that explains this crucial contest and also sheds light on how Americans transform these quadrennial battles into episodes in the national political mythology."--Lewis L. Gould, author of The Modern American Presidency"Blunt, gritty, and written without illusions, this concise and pungent account depicts a cynical, rough-and-tumble political world at a time when money, alliances of convenience, elaborate organization, and new modes of communication were changing the character of presidential campaigning and governance."--Alonzo L. Hamby, author of For the Survival of Democracy"Captures the interplay of money, power, and politics in the 1960 election and brings a fresh eye and new material to an election that has taken on mythic proportions in the American imagination."--Donald T. Critchlow, author of The Conservative Ascendancy: How the GOP Right Made Political History
Les mer
W. J. Rorabaugh is professor of history at the University of Washington and author of four previous books, most recently Kennedy and the Promise of the Sixties.
Nettpris:
416,-
Levering 3-20 dager 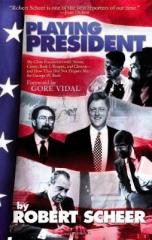 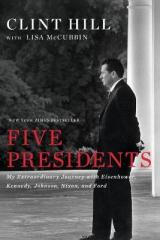 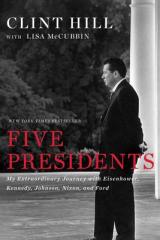 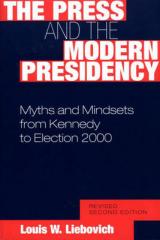