Resilience Two Sisters and a Story of Mental Illness

Resilience Two Sisters and a Story of Mental Illness

Close, Jessie Earley, Pete
Heftet / 2016 / Engelsk
The Close sisters are descended from very prominent and wealthy ancestors. When the Close sisters were very young, their parents joined a cult called the MRA, or Moral Rearmament. The family was suddenly uprooted to a cult school in Switzerland and, ultimately, to the Belgian Congo where their father became a surgeon in the war ravaged republic, and ultimately the personal physician to President Mobutu. Shortly after the girls returned to the US for boarding school, Jessie first started to exhibit symptoms of severe bipolar disorder (she would later learn that this ran in the family, a well-kept secret). Jessie embarked on a series of destructive marriages as the condition worsened. Glenn was always by her side throughout. Jessie's mental illness was passed on to her son, Calen. It wasn't until Calen entered McLean's psychiatric hospital that Jessie herself was diagnosed. Fifteen years and twelve years of sobriety later, Jessie is a stable and productive member of society. Glenn continues to be the major support in Jessie's life.In RESILIENCE, the sisters share their story of triumphing over Jessie's illness. The book is written in Jessie's voice with running commentary and an epilogue written by Glenn.
Les mer
A memoir by Glenn Close's sister Jessie about the challenges of living with severe bipolar disorder with chapters by Glenn Close.
"It's obvious that this is no ordinary memoir...hard to put down...Close is telling her story to the world in hopes of removing the stigma from mental illness. It's a story well worth reading."--BookPage"She has lived a life that even at her worst was spellbinding, and it's a definitely-worth-the-read memoir."--USA Today
Les mer
Jessie Close is an internationally recognized speaker, author, poet and advocate for mental health reform. She authored The Warping of Al, and she writes a blog for Bring Change 2 Mind. Jessie has received awards from the National Alliance on Mental Illness and Mental Health America, as well as the Jed Foundation Award and The McLean Award. She lives in Montana with her Service Dog, Snitz, and three other dogs.
Les mer
Nettpris:
240,-
Levering 3-20 dager 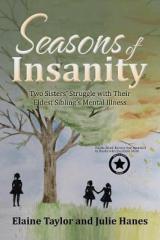 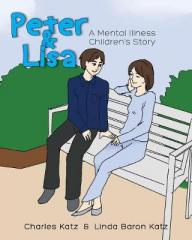 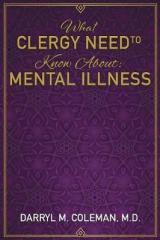