Øye, Ingvild
Heftet / 2001 / Engelsk
The present volume focuses on ships and commodities. The Bryggen "Ship Stick" and the "Big Ship" represent two of the most famous finds from Bryggen. In two articles an art historian and a runologist look more closely at the carved motifs and the written text of the "Ship Stick", in order to throw light on mental and technological images of ships. The volume includes four articles on problems concerning the dating of the big Bryggen ship. Its dating has been revised by new dendrochronological and stratigraphical analyses, and it turns out that it was built several decades earlier than hitherto assumed, towards the end of the 12th century - at the same time as the Bryggen quay-front expanded towards deeper waters. The final article deals with imported pottery, the most common and numerous finds group in Bergen. The analysis of the late 16th and early 17th century Weser and Werra Wares presents the finds in a broad cultural-historical context, comparing aspects of life in the German production centres as well as in Bergen. Authors: Liz le Bon, Terje Spurkland, Anton Englert, Thomas Seip Bartholin, Gitte Hansen, Arne Emil Christensen & Volker Demuth The Bryggen Papers (Ed. Ingvild Øye): The Bryggen Papers present results based on the archaeological material from the excavations at Bryggen and other medieval and early sites in the town of Bergen. Starting out as an episcopal seat and regional royal administrative and residential centre, Bergen developed in the 12th and 13th centuries into the first truly international trading centre of Scandinavia and one of the most important ports of northern Europe, at the same time becoming the first capital of the Norwegian kingdom. The Hanseatic League established one of its four main trading stations or Kontore in Bergen around 1360, lasting into the latter part of the 18th century.
Les mer
Denne utgaven av The Bryggen papers fokuserer på skip og handelsvarer. Utvalgte gjenstander og emner av stor relevans for Bergens byutvikling, er undersøkt fra nye perspektiver og med nye metoder. Har litteraturlister.
Les mer
Nettpris:
249,-
212,-
Ikke i salg 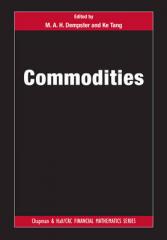