Schoolcraft, Jane Johnston Parker, Robert Dale
Heftet / 2008 / Engelsk
Introducing a dramatic new chapter to American Indian literary history, this book brings to the public for the first time the complete writings of the first known American Indian literary writer, Jane Johnston Schoolcraft (her English name) or Bamewawagezhikaquay (her Ojibwe name), Woman of the Sound the Stars Make Rushing Through the Sky (1800-1842). Beginning as early as 1815, Schoolcraft wrote poems and traditional stories while also translating songs and other Ojibwe texts into English. Her stories were published in adapted, unattributed versions by her husband, Henry Rowe Schoolcraft, a founding figure in American anthropology and folklore, and they became a key source for Longfellow's sensationally popular The Song of Hiawatha. As this volume shows, what little has been known about Schoolcraft's writing and life only scratches the surface of her legacy. Most of the works have been edited from manuscripts and appear in print here for the first time. The Sound the Stars Make Rushing Through the Sky presents a collection of all Schoolcraft's extant writings along with a cultural and biographical history. Robert Dale Parker's deeply researched account places her writings in relation to American Indian and American literary history and the history of anthropology, offering the story of Schoolcraft, her world, and her fascinating family as reinterpreted through her newly uncovered writing. This book makes available a startling new episode in the history of American culture and literature.
Les mer
Introducing a dramatic new chapter to American literary history, this book brings to the public for the first time the complete writings of the first known American Indian literary writer, Jane Johnston Schoolcraft (1800-1842).
Les mer
Preface Introduction: The World and Writings of Jane Johnston Schoolcraft -The Cultural World of Jane Johnston Schoolcraft -The Personal World -The Literary Writings: Poetry, Stories, Translations -The Final Years -The Literary Legacy -Notes to Introduction Abbreviations WRITINGS To the Pine Tree on first seeing it on returning from Europe To the Miscodeed Lines written at Castle Island, Lake Superior On the Doric Rock, Lake Superior: To a Friend "My humble present is a purse" Invocation, To my Maternal Grand-father on hearing his descent from Chippewa ancestors misrepresented -Invocation to my Maternal Grandfather, Wabojeeg [shorter draft] -Invocation to my Maternal Grandfather, Wabojeeg [longer draft] To a Bird, Seen Under My Window in the Garden Lines to a Friend Asleep By an Ojibwa Female Pen, Invitation to sisters to a walk in the Garden, after a shower Pensive Hours -(Pensive Lines) The Contrast, a Splenetic Effusion. March, 1823- -The Contrast On Henry's Birthday Absence -Nindahwaymau -Neezhicka -Neenawbame -Ningwisis "Amid the still retreat of Elmwood's shade" Resignation [1] -Resignation [2] Lines written under affliction Relief A Metrical Jeu d'esprit, designed as an invitation to a whist party -Response Elegy, On the death of my Son William Henry, at St. Mary's Sonnet To my ever lamented and beloved son William Henry Sweet Willy Lines Written under severe Pain and Sickness On leaving my children John and Jane at School, in the Atlantic states, and preparing to return to the interior -Free translation by Henry Rowe Schoolcraft -New translation by Dennis Jones, Heidi Stark, and James Vukelich An answer, to a remonstrance on my being melancholy, by a Gentleman, who, sometimes had a little pleasing touch of melancholy himself Language Divine! "As watchful spirits in the night" On Meditation "Welcome, welcome to my arms" A Psalm, or Supplication for mercy, and confession of Sin, addressed to the Author of Life, in the Odjibway-Algonquin tongue On reading Miss Hannah Moore's Christian morals and Practical Piety. 1816. Stanzas "My heart is gone with him afar" Acrostic My Ear-rings When the Stormy Winds Do Blow, After Thomas Campbell Elegy on the death of my aunt Mrs Kearny of Kilgobbin Glebe Dublin, Ireland Spirit of Peace "Let prayer alone our thoughts engage" The Origin of the Robin Moowis, The Indian Coquette Mishoesha, or the Magician and his daughters: A Chippewa Tale or Legend The Forsaken Brother: A Chippewa Tale Origin of the Miscodeed, or the Maid of Taquimenon Corn story (or the origin of corn) The Three Cranberries The Little Spirit, or Boy-Man: An Odjibwa Tale Waish-kee, alias Iawba Wadick La Renne Peboan and Seegwun (Winter and Spring): A Chippewa Allegory The O-jib-way Maid Song for a Lover Killed in Battle Two Songs A mother's lament for the absence of a child -"Naw! nin daun, nin dau niss ance" -"Oh my daughter-my little daughter" "My lover is tall and handsome" "High heav'd my breast" Song of the Okogis, or Frog in Spring "Kaugig ahnahmeauwin/Ever let piety" Character of Aboriginal Historical Tradition: To the Editor of the Muzzinyegun Dying Speech Appendices 1. Sources and Editorial Procedures 2. Henry Rowe Schoolcraft, "An Introduction to the Poetry of Jane Johnston Schoolcraft" 3. Henry Rowe Schoolcraft, "Dawn of Literary Composition by Educated Natives of the aboriginal tribes" 4. Misattributions and Potential Misattributions 5. List of Less Substantive Variants Works Cited Index Acknowledgments
Les mer
Robert Dale Parker is Professor of English at the University of Illinois at Urbana-Champaign. He is the author of several books, including The Invention of Native American Literature.
Nettpris:
344,-
Levering 3-20 dager 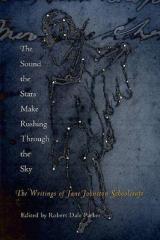 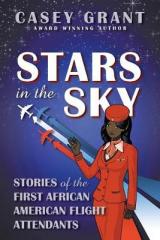 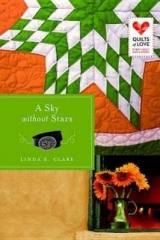 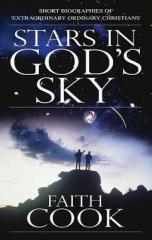