Throne of Adulis Red Sea Wars on the Eve of Islam

Throne of Adulis Red Sea Wars on the Eve of Islam

Bowersock, G. W.
Innbundet / 2013 / Engelsk
Just prior to the rise of Islam, in the sixth century AD, southern Arabia was embroiled in a holy war between Christian Ethiopians and Jewish Arabs. The Jewish kingdom, composed of ethnic Arabs who had converted to Judaism more than a century before, had launched a bloody pogrom against Christians in the region. The ruler of Ethiopia, who claimed descent from the union of Solomon and the Queen of Sheba and even was rumored to possess an object no less venerable than the Ark of the Covenant, aspired both to protect the persecuted Christians and to restore Ethiopian control in the Arabian Peninsula. Though little known today, this was an international war that involved both the Byzantine Empire, who had established Christian churches in Ethiopia beginning in the fourth century, and the Sasanian Empire in Persia, who supported the Jews in a proxy war with Byzantium. Our knowledge of these events derives mostly from an inscribed throne at the Ethiopian port of Adulis seen and meticulously described by a Christian merchant known as Cosmos in the sixth century. Trying to decipher and understand this monument takes us directly into religious conflicts that occupied the nations on both sides of the Red Sea in late antiquity. Using the writings of Cosmas and archaeological evidence from the period, historian G. W. Bowersock offers a narrative account of this fascinating but overlooked chapter in pre-Islamic Arabian history. The extraordinary story told in Throne of Adulis provides an important and much neglected background for the rise of Islam as well as the collapse of the Persian Empire before the Byzantines.
Les mer
Leading historian G.W. Bowersock provides a narrative account of a fascinating but overlooked chapter in pre-Islamic Arabian history - the holy war between Christian Ethiopians and Jewish Arabs in the sixth century AD.
Les mer
Preface ; Abbreviations ; List of Maps and Illustrations ; Maps ; I. The Throne ; II. A Christian Traveller in the Red Sea ; III. Ptolemy's Elephants ; IV. The Kingdom of Axum ; V. Christianity Comes to Axum ; VI. Judaism Comes to Himyar ; VII. The Ethiopian Invasion of 525 ; VIII. Entry of the Great Powers ; IX. Reckoning ; Appendix: Nonnosus ; Bibliography ; Index
Les mer
Closely argued on scarce evidence, [The Throne of Adulis] draws attention to the enduring geopolitical significance of this poorly understood region. Recommended. * CHOICE *
G. W. Bowersock is Professor Emeritus of Ancient History at the Institute for Advanced Study. He is the author of more than 300 articles and books on Greek, Roman, and Near Eastern history, as well as the classical tradition in western literature.
Les mer
Nettpris:
406,-
Levering 3-20 dager 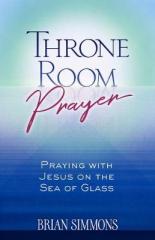 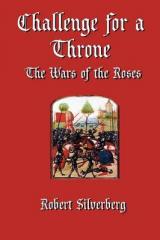