Papoutsakis, Prof. Manolis Rousseau, Philip Papoutsakis, Emmanuel
Innbundet / 2009 / Engelsk
This book focuses on a simple dynamic: the taking in hand of a heritage, the variety of changes induced within it, and the handing on of that legacy to new generations. Our contributors suggest, from different standpoints, that this dynamic represented the essence of 'late antiquity'. As Roman society, and the societies by which it was immediately bounded, continued to develop, through to the late sixth and early seventh centuries, the interplay between what needed to be treasured and what needed to be explored became increasingly self-conscious, versatile, and enriched. By the time formerly alien peoples had established their 'post-classical' polities, and Islam began to stir in the East, the novelties were more clearly seen, if not always welcomed; and one witnesses a stronger will to maintain the momentum of change, of a forward reach. At the same time, those in a position to play now the role of heirs were well able to appreciate how suited to their needs the 'Roman' past might be, but how, by taking it up in their turn, they were more securely defined and yet more creatively advantaged. 'Transformation' is a notion apposite to essays in honour of Peter Brown. 'The transformation of the classical heritage' is a theme to which he has devoted, and continues to devote, much energy. All the essays here in some way explore this notion of transformation; the late antique ability to turn the past to new uses, and to set its wealth of principle and insight to work in new settings. To begin, there is the very notion of what it meant to be 'Roman', and how that notion changed. Subsequent chapters suggest ways in which fundamental characteristics of Roman society were given new form, not least under the impact of a Christian polity. Augustine, naturally, finds his place; and here the emphasis is on the unfettered stance that he took in the face of more broadly held convictions - on miracles, for example, and the errors of the pagan past. The discussion then moves on to
Les mer
Focuses on the taking in hand of a heritage, the variety of changes induced within it, and the handing on of that legacy to new generations. This book suggests, from different standpoints, that this dynamic represented the essence of 'late antiquity'.
Les mer
Contents: Preface, Philip Rousseau and Manolis Papoutsakis; Peter Brown: select bilbliography; Between Marrou and Brown: transformations of late antique Christianity, Robert Markus; Old and new Rome: Roman studies in 6th-century Constantinople, Averil Cameron; Old and new Rome in late antique Near East, Glen Bowersock; Regulations for an association of artisans from the late Sasanian or early Arab period, Sebastian Brock; Crosses, icons and the image of Christ in Edessa: the place of early iconophobia in the Christian-Muslim controversies of early Islamic times, Sidney H. Griffith; Alle origini della tradizione pagana su Constantino e il senato romano, Rita Lizzi Testa; Four funerals and a wedding: this world and the next in 4th-century Rome, John Matthews; Les reticences de saint Augustin face aux legends hagiographiques d'apres la lettre Divjak 29*, Claude Lepelley; Language, morality and cult: Augustine and Varro, Philip Rousseau; A world full of stories, Charlotte Roueche; Safe-conducts to heaven: holy men, mediation and the role of writing, Claudia Rapp; Book burning as purification, Judith Herrin; Gregorio Magno e i 'Libri dei Re', Lellia Cracco Ruggini and Giorgio Cracco; The late antique origins of the lunatic asylum?, Peregrine Horden; Family men: masculinity and philosophy in late antiquity, Susanna Elm; Radegundis peccatrix: authorizations of virginity in late antique Gaul, Julia M.H. Smith; Gemistus Plethon and Platonic political philosophy, Peter Garnsey; Index.
Les mer
'This is a wide-ranging collection of stimulating essays that certainly succeeds both as an homage to its honouree and as a contribution to the ongoing discussion that he has revitalized and shaped in such significant and diverse fashion.' Bryn Mawr Classical Review 'Ce livre, veritable mine pour de nombreux chercheurs d'orientations differentes, montre combien la pensee de Peter Brown a ete feconde et le sera egalement, desormais, A travers ces hommages si divers qui en sont autant d'heureux prolongements.' Revue d'Histoire Ecclesiastique '... livre stimulant, novateur en bien des domaines et d'une belle erudition.' Revue d'Histoire et de Philosophie Religieuses 'The breadth of this collection is stunning and the depth of each contribution is highly impressive... It is therefore recommended not only to specialists working in the field but as a guide to anyone interested in current trends in the wider subject area.' Journal of Theological Studies '... these essays move beyond even the great imagination of Peter Brown and reveal how he has handed on a legacy of scholarship that has indeed transformed in new and unexpected ways.' Religious Studies Review
Les mer
Philip Rousseau is Andrew W. Mellon Professor of Early Christian Studies, and Director, Center for the Study of Early Christianity, Catholic University of America, USA; Manolis Papoutsakis is Lecturer in Syriac and Classical Armenian Languages and Literatures, Princeton University, USA.
Les mer
Nettpris:
1.416,-
Levering 3-20 dager 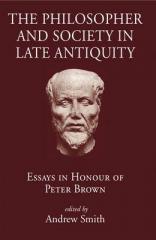 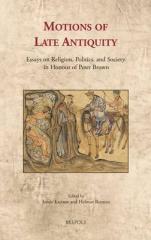 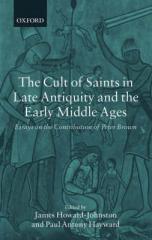