Under the Gun Weapons, Crime, and Violence in America

Under the Gun Weapons, Crime, and Violence in America

Rossi, Peter H.
Innbundet / 2017 / Engelsk
In 1978, the Social and Demographic Research Institute of the University of Massachusetts, Amherst, received a grant from the National Institute of Justice to undertake a comprehensive review of the literature on weapons, crime, and violence in the United States. The purpose of the project is best described as a "sifting and winnowing" of the claims and counterclaims from both sides of the Great American Gun War - the perennial struggle in Ameri can political life over what to do, if anything, about guns, about violence, and about crime. The review and analysis of the available studies consumed the better part of three years; the results of this work are contained in this volume.The intention of any review is to take stock of the available fund of knowledge in some topical area. Under the Gun is no different: our goal has been to glean from the volumes of previous studies those facts that, in our view, seem firmly and certainly established; those hypotheses that seem adequately supported by, or at least approximately consistent with, the best available research evidence; and those areas or topics about which, it seems, we need to know a lot more than we do. One of our major conclusions can be stated in advance: despite the large number of studies that have been done, many critically important questions have not been adequately researched, and some of them have not been examined at all.Much of the available research in the area of weapons and crime has been done by advocates for one or another policy position. As a consequence, the manifest intent of many "studies" is to persuade rather than to inform. We have tried to approach the topic from a purely agnostic point of view, treating as an open question what policies should be enacted with regard to gun, or crime, control. Thus, we have tried to judge each study on its own merits, on the basis of the routine standards normally applied to social-scientific research, and not on the basis of how effectively it argues for a particular policy direction. It would, of course, be presumptuous to claim that we have set aside all our own biases in conducting this study. Whether or not our treatment is fair and objective is clearly something for the reader, and not us, to decide.
Les mer
Nettpris:
1.354,-
Levering 3-20 dager 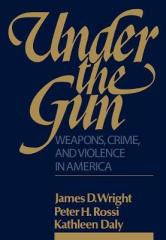 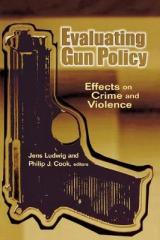 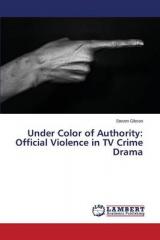