Virgil Recomposed The Mythological and Secular Centos in Antiquity

Virgil Recomposed The Mythological and Secular Centos in Antiquity

McGill, Scott
Innbundet / 2005 / Engelsk
The Virgilian centos anticipate the avant-garde and smash the image of a staid, sober, and centered classical world. This book examines the twelve mythological and secular Virgilian centos that survive from antiquity. The centos, in which authors take non-consecutive lines or segments of lines from the Eclogues, Georgics, and Aeneid and reconnect them to produce new poems, have received limited attention. No other book-length study exists of all the centos, which date from ca. 200 to ca. 530. The centos are literary games, and they have a playful shock value that feels very modern. Yet the texts also demand to be taken seriously for what they disclose about late antique literary culture, Virgil's reception, and several important topics in Latin literature and literary studies generally. As radically intertextual works, the centos are particularly valuable sites for pursuing inquiry into allusion. Scrutinizing the peculiarities of the texts' allusive engagements with Virgil requires clarification of the roles of the author and the reader in allusion, the criteria for determining what constitutes an allusion, and the different functions allusion can have. By investigating the centos from these different perspectives and asking what they reveal about a wide range of weighty subjects, this book comes into dialogue with major topics and studies in Latin literature.
Les mer
This is the first book to present a comprehensive study of the mythological and secular Virgilian centos.
a valuable study * Llewwelyn Morgan, Times Literary Supplement *
Scott McGill is Assistant Professor of Classical Studies at Rice University.
Nettpris:
1.785,-
Levering 3-20 dager 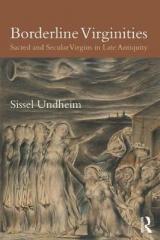 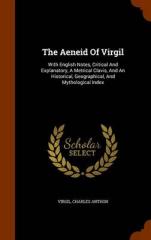 Aeneid of Virgil With English Notes, Critical and Explanatory: A Metrical Clavis, and an Historical Geographical, and Mythological Index
Anthon, Charles
Innbundet / 2015 / Engelsk
464,- 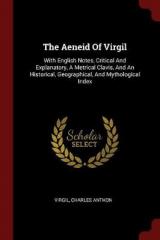