Pullman, Philip
Heftet / 2014 / Engelsk
'I THINK OF HIM ALL THE TIME,AND HE THINKS OF ME NOT AT ALL . . .' This is the story of two brothers. One is impassioned and one reserved. One is destined to go down in history and the other to be forgotten. In Philip Pullman's hands, this sacred tale is reborn as one of the most enchanting, thrilling and visionary stories of recent years.
Les mer
The Number 1 Sunday Times Bestseller
A supreme storyteller . . . Pullman has done the story a service by reminding us of its extraordinary power to provoke and disturb. -- Salley Vickers * * Telegraph * *Striking and suggestive. -- Boyd Tonkin * * Independent * *Beautifully written, humane, memorable and resonant. -- Philip HensherA fierce and beautiful book which . . . will move even those who disagree with it . . . Though he wears his scholarship lightly as befits a master storyteller, there is no doubt in my mind that Pullman has a complete grasp of the intricacies of the quest for the historical Jesus. -- Richard Holloway * * Observer * *Beautifully effective . . . Pullman's retelling of the central story in western civilisation provides a brilliant new interpretation that is also a thought-provoking reflection on the process of how stories come into existence and accrue their meanings. -- Nick Rennison * * Sunday Times * *It is a small gem or, given its explosive story and its exquisite artistry, a hand grenade made by Faberge. -- Brian Appleyard * * Sunday Times * *The Gospel according to Pullman, precisely because it is so skilfully constructed, will prompt many readers to turn once more to consider whether or not they should accept the apparently bizarre testimony of the early Christian witnesses. -- A.N Wilson * * Literary Review * *Pullman's rebel scripture [is] striking and suggestive . . . Sets a rhetorical feast before critics of ecclesiastical pomp and pride. When this Jesus prays, prior to his betrayal in the garden of Gethsemane, he delivers a Dawkins-esque soliloquy. Not only does the anarchic prophet predict a future priesthood of hypocrites and persecutors who will "torture and kill" heretics and infidels. He even spots child-abuse scandals to come. -- Boyd Tonkin * * Independent * *Provokingly bold -- Boyd Tonkin * * Independent * *Pullman has an extraordinary imagination . . .[and] there are moments of heart-rending personal drama. * * Independent on Sunday * *A writer of great skill and feeling. -- Adam Gopnik * * New Yorker * *The charm of this book lies in its seriousness about the story it tells, and about its being a story. * * London Review of Books * *Profoundly moving and engrossing. * * Good Book Guide * *Told in simple, unadorned prose, The Good Man Jesus and the Scoundrel Christ provides a brilliant new interpretation that is also a thought-provoking reflection on the process of how stories accrue their meanings. -- Nick Rennison * * Sunday Times * *Pullman nimbly presents this as a contrast between historical veracity and the bon mot that can take root in the popular imagination. He implies that Christ's true achievement was to put a spin on Jesus's story, adding elements of mystery and poetry to an otherwise prosaic tale. -- James Urquhart * * Financial Times * *The most moving section is a marvelous monologue in which Jesus, alone in the Garden of Gethsemane, realises that there is no God, only the wonders of the material world. -- Brandon Robshaw * * Independent on Sunday * *
Les mer
The Number 1 Sunday Times Bestseller
Philip Pullman was born in Norwich, England, in 1946 and grew up in Zimbabwe and Wales. He has won many awards, including the Carnegie Medal, the Guardian Children's Book Award and the Whitbread Book of the Year Award. His acclaimed trilogy, His Dark Materials, has been published in thirty-nine languages and sold tens of millions of copies. He lives in Oxford with his wife, and has two sons.
Les mer
Nettpris:
174,-
Levering 3-20 dager 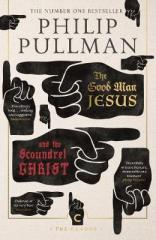 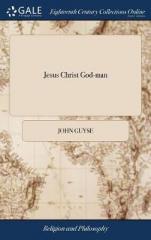 Jesus Christ God-Man Or, the Constitution of Christ's Person, with the Evidence and Importance of the Doctrine of His True and Proper Godhead. Considered in Several ... Sermons, on Rom.IX.5. by John Guyse,
Guyse, John
Innbundet / 2018 / Engelsk
337,- 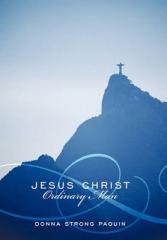