Introduction to Teaching Becoming a Professional

Introduction to Teaching Becoming a Professional

Kauchak, Don Eggen, Paul
Heftet / 2013 / Engelsk
Note: This is the bound book only and does not include access to the Enhanced Pearson eText. To order the Enhanced Pearson eText packaged with a bound book, use ISBN 0133386112. The best-selling case-based text, Introduction to Teaching: Becoming a Professional, sharpens its focus on issues in education in its Fifth Edition. Weaving this focus throughout every chapter with new features and chapter sections covering diversity, reform, urban education, and technology, the text ensures that prospective teachers gather all the needed information to create an up-to-date picture of the ever changing face of education. The authors take this information and bring it to life with cases, classroom examples and videos, again ensuring that the living, changing, challenging and fulfilling life of an educator is as clear as it can be. The Enhanced Pearson eText features embedded video. Improve mastery and retention with the Enhanced Pearson eText*The Enhanced Pearson eText provides a rich, interactive learning environment designed to improve student mastery of content. The Enhanced Pearson eText is: Engaging. The new interactive, multimedia learning features were developed by the authors and other subject-matter experts to deepen and enrich the learning experience. Convenient. Enjoy instant online access from your computer or download the Pearson eText App to read on or offline on your iPad (R) and Android (R) tablet.* Affordable. The Enhanced Pearson eText may be purchased stand-alone or with a loose-leaf version of the text for 40-65% less than a print bound book. *The Enhanced eText features are only available in the Pearson eText format. They are not available in third-party eTexts or downloads. *The Pearson eText App is available on Google Play and in the App Store. It requires Android OS 3.1-4, a 7" or 10" tablet, or iPad iOS 5.0 or later.
Les mer
Part 1: Teachers and Students1. Do I want to Be a Teacher?2. Changes in American Society: Their Influences on Today's Students3. Student Diversity: Culture, Language, Gender, and Exceptionalities Part 2: Foundations4. Education in the United States: Its Historical Roots5. Educational Philosophy and Your Teaching6. Choosing a School7. Governance and Finance: Regulating and Funding Schools8. School Law: Ethical and Legal Influences on Teaching Part 3: Teaching9. The School Curriculum in an Era of Standards 10. Classroom Management: Creating Productive Learning Environments11. Becoming an Effective Teacher Part 4: Entering the Profession12. Educational Reform and You 13. Developing as a Professional
Les mer
"I have always really liked the Kauchak and Eggen text and web-based resources. This text works well because it introduces the major topics that students need to be considering as they prepare for teaching. Good overall coverage and good ideas for discussion and thinking about issues." -Sharon Teets, Carson-Newman College "Extremely readable. Examples are nicely integrated into the text. Theoretical ideas are introduced and explained clearly with examples to illustrate." -Brian Yusko, Cleveland State University "The first two chapters are fantastic, and my students always enjoy the law chapter. I would rate the book a 10." -LueLinda Egbert, Idaho State University - Twin Falls "I found this (Chapter 10) a clear, concise and accessible chapter, particularly concerning legal issues and ethical demands on teachers. The chapter addresses controversial issues like religion in schools, while also providing vignettes so students can see the issue in story form. Like Chapter 9, I found this chapter clear and direct." -Deron Boyles, Georgia State University
Les mer
Don Kauchak has taught and worked in schools in nine different states and in higher education for 40 years. He has published in a number of scholarly journals, including the Journal of Educational Research, Journal of Teacher Education, Teaching and Teacher Education, Phi Delta Kappan, and Educational Leadership. In addition to this text, he has co-authored or co-edited six other books on education. He has also been a principal investigator on federal and state grants examining teacher development and evaluation practices, and presents regularly at the American Educational Research Association. Don strongly believes in the contribution that public schools make to our democracy, and his two children benefited greatly from their experiences in state-supported K-12 schools and public institutions of higher education. Paul Eggen has worked in higher education for 35 years. In addition to his duties there, he spends a great deal of time working as a consultant to public schools in his university's service area, and he has provided support to teachers in 12 different states. Paul has also worked with teachers in international schools in 23 countries around the world, including schools in Africa, South Asia, the Middle East, Central America, South America, Europe, and Japan. He has several articles published in national journals, is the co-author or co-editor of six books in addition to this one, and is a frequent presenter at national and international conferences. Paul is strongly committed to public education. His wife is a middle school teacher in a public school, and his two children are graduates of public schools and state-supported universities.
Les mer
Nettpris:
1.690,-
Levering 3-20 dager 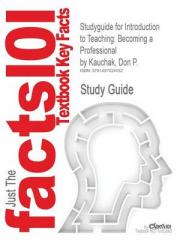 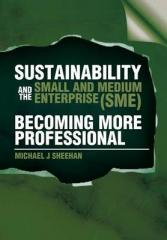 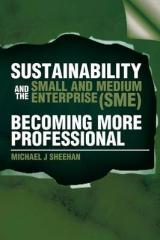 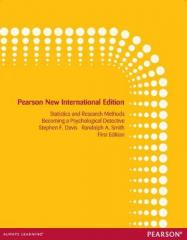